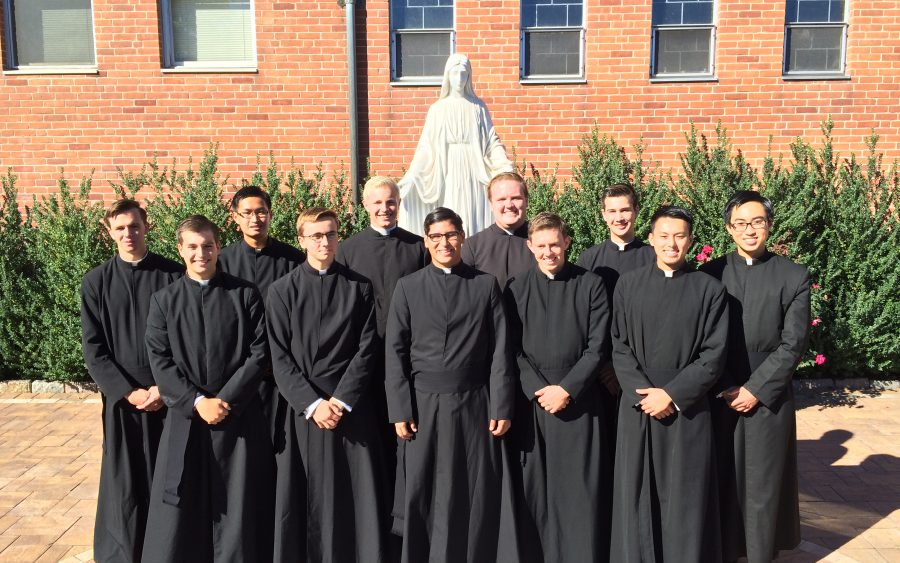 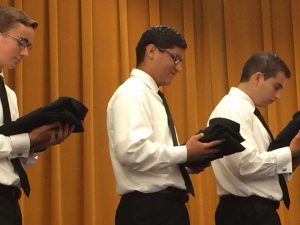 “Legionaries share something in common, Christ called them and they are willing to follow him joyfully. This is what attracted me to the Legion. When I met a Legionary for the first time, I didn’t know that he was from the Legion, but I told myself that if I ever become a priest, I want to be just like him. It was he who made me realize that I can give myself to God and be happy at the same time. Never had I felt so much charity, happiness, and peace than in the Legion.” So said Br. David Jung from Toronto, Canada who just received his cassock to start his novitiate as a legionary.

He was not alone, but was joined with 10 others beginning his novitiate in Cheshire. Seven of the new novices are from the US, while one is from each Canada, Vietnam, Colombia, and Peru. 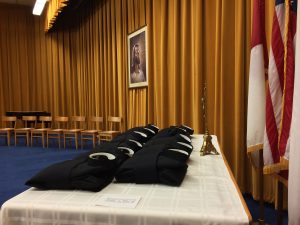 The Legionary tradition is to begin our novitiate on our paternal feast of Our Lady of Sorrows, September 15. To prepare for this, all 11 did eight full days of the spiritual exercises. On the vigil – the evening of September 14 – each brother promises to live his novitiate fully and then receives the legionary cassock as his uniform. This year, Fr Kevin Meehan gave out the cassocks as a delegate of the territorial director. After they each received their cassock, one brother gives a short exhortation to the rest and to the assembled crowd of Legionaries. This year it was Br Brian Flanagan who spoke about about authentic love, for Christ and each other.

After receiving the cassocks, the brothers make a visit to the statue of the Blessed mother in the courtyard to entrust their vocation to her motherly care. The next morning, the new novices put on their cassocks and begin their novitiate which is two years of intense discernment of their vocation while learning what it means to be L legionary and spending prolonged time in prayer.

From dramatic lives of the saints, we might think that most receives the call in an incident of blinding clarity but Br Diego Ornelas explained something quite different: “The calling doesn’t occur all of a sudden; it is a dialogue between you and Christ. It is a daily conversion when you experience your misery and God’s constant mercy. If you are not sure of your calling, always ask God to enlighten your heart. You will find peace every time you get a step closer to your vocation.”

We all need to pray for these young men as they discern their call: May God give them the wisdom to know his will and the strength to follow it.