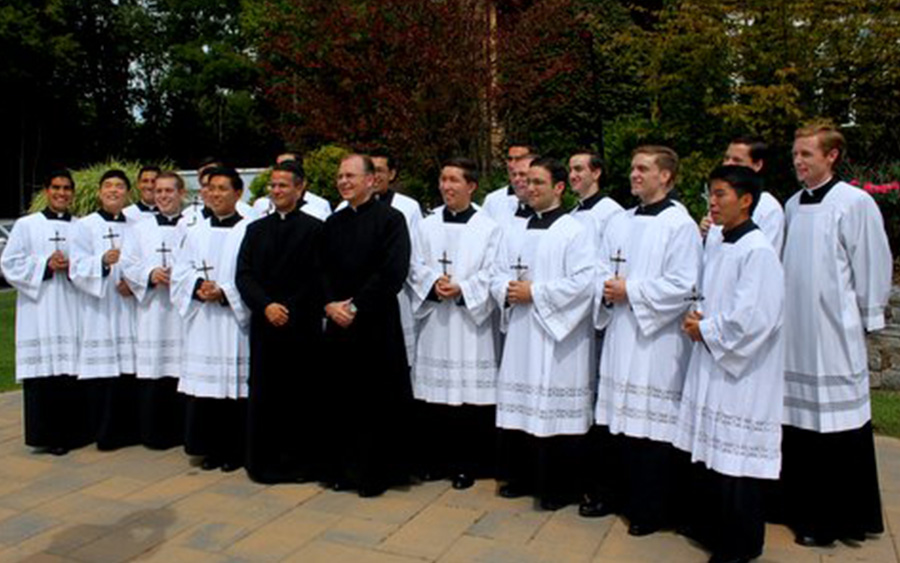 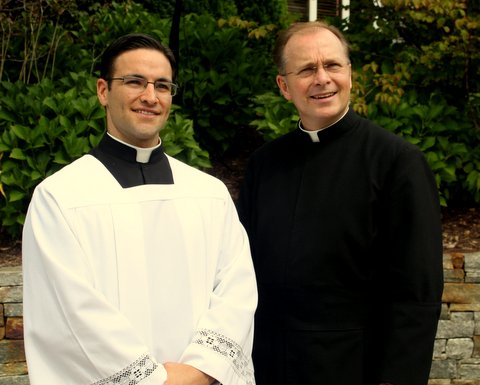 15 years ago the Sester family made a brief stop on the way home from their grandparents, stopping briefly at a chapel for adoration. Michael was 11 at the time and says in retrospect it was probably the first time he really prayed: he thought about the future and what he wanted to do with this life but as he peered up at the Eucharist one last time before leaving, an image jumped into his head of him being a priest. Since then, he says he hasn’t been able to get that image out of his mind. Br Michael Sester, LC renewed his vows yesterday in Cheshire while his younger brother, Br John, made his first profession. Explaining why he renewed his vows, Br Michael stated, “More and more as I go along, I feel more identified with the Legionary vocation, I feel more and more a love for the priesthood.”
20 others pronounced vows along with the Sester brothers including Br Paul Kuchar, LC making first vows. Br Paul felt the call while in the chapel reading about the revelations of the Sacred Heart to St Gertrude. He says he felt inspired to become a priest in order to “make reparation for sins committed against the Sacred Heart.” Even though he’s only been professed 24 hours, Br Paul sees these vows as “a great grace.”

Before making vows, the newly professed did an 8-day retreat based on the Spiritual Exercises of St Ignatius. Fr Christopher O’Connor preached to those making first profession. Fr Matthew Summe preached to the more experienced brothers, both those professing and other Legionaries doing their annual retreat.

The ceremony itself was held on a sunny Saturday morning in St Bridget’s parish followed by a reception at the Legion’s novitiate, both in Cheshire, CT. Over 40 Legionary priests concelebrated the Mass. 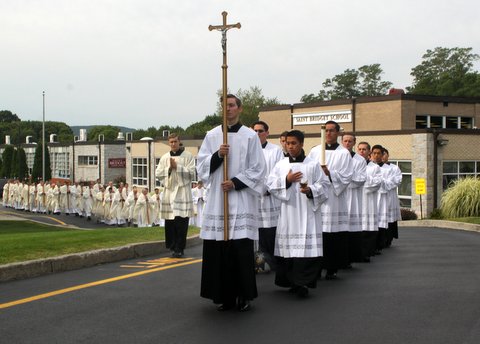 In the homily, Fr John Connor, territorial director of the Legion, spoke of how with his service and eventual martyrdom, “Fr Jacques [Hamal] is offering us an example of perseverance.” Fr John began with how the vows affect the newly professed themselves and slowly moved outward to talk about them being a form of witness, and affecting families, the Legion, the Church and the world.

As a form of witness, Fr John explained how the vows speak to this world: “By taking vows, you say to the world that Jesus Christ is real, that he’s alive, and that he’s worth giving everything for.”

To explain the vows effects on families, Fr John quoted John Paul II from Vita Consecrata: “Parents, give thanks to the Lord if He has called one of your children to the consecrated life. It is to be a great honor, as it always has been, that the Lord should look upon a family and choose to invite one of its members to set out on the path of the evangelical counsels.”

Let’s pray that God gives all of these brothers the grace to persevere in the great work of grace begun in them with these vows. Here’s a list of the 16 doing first vows, 5 renewing and 1 doing final vows so you can pray for them individually. 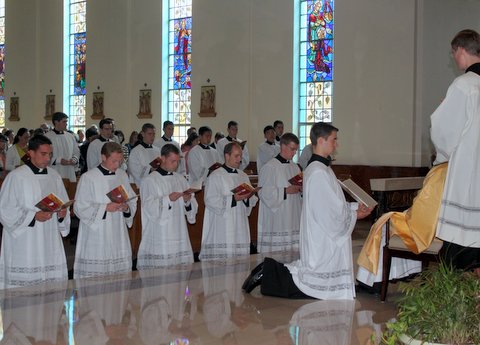 1 brother made finally vows linking himself perpetually to the Legion in poverty, chastity and obedience: