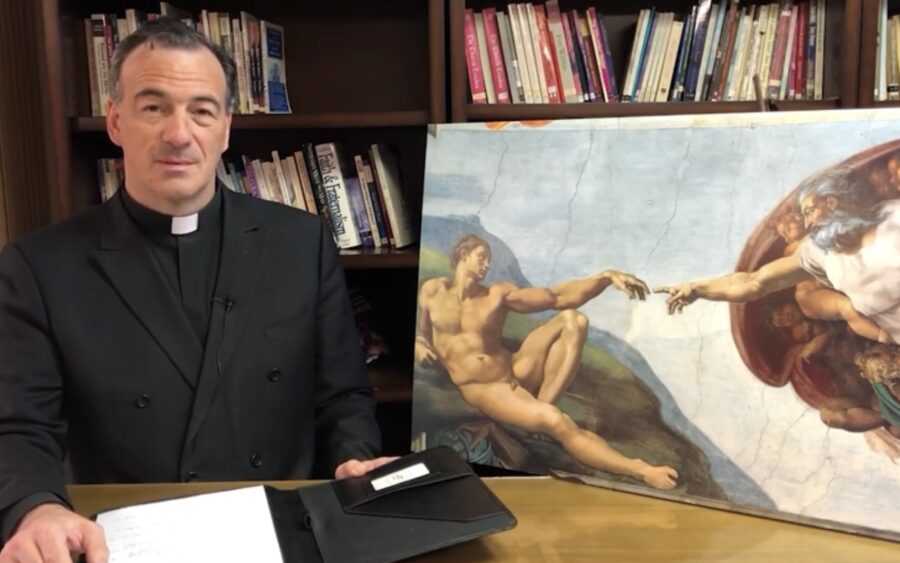 In the quiet village of Rogersville, New Brunswick, on the east coast of Canada, lies the peaceful Cistercian-Trappist Monastery of Our Lady of Calvary, not far from where Father Kenneth LeBlanc, LC, was born and raised. Here, amid the rural stillness, the LeBlanc family came to pray and celebrate Mass with the Trappist monks, whose silent prayerfulness fascinated Father Kenneth as a young boy. Here, too, is where his father said something to Father Kenneth that would remain with him for a long time: one day, they would spend the entire weekend on retreat together at the monastery. The idea stuck. 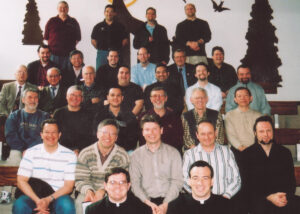 When he was sixteen years old, Father Kenneth attended his first weekend retreat at Our Lady of Calvary Abbey. In a subtle but significant way, he knew that he had been changed. The very next weekend, he returned to the monastery for another retreat, this time with his brother and cousin, who were curious about this experience that he had had the week before. The three of them went the following weekend as well, and when word got out that the three were attending retreats at the monastery, the boys’ friends were upset that they had not been invited. By the next weekend, Father Kenneth had brought six young men to the monastery with him for a retreat with the Trappist monks and, as the one who had attended the most often, he became their designated retreat guide.

Two years later, Father Kenneth entered the Legion of Christ, and in 2002 in Rome, he was ordained a Legionary priest. “Thinking back on it,” says Father Kenneth, who now spends much of his time preaching retreats, “it is funny how God was already preparing me in my teenage years to guide retreats for others.” 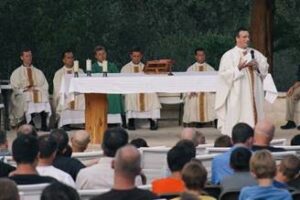 Currently, Father Kenneth is back in Canada, serving as the Superior of the Legionaries of Christ Community and Chaplain for the Women’s Section in Calgary, Alberta. Besides the many duties that these roles entail, Father Kenneth is also busy preaching retreats. These include eight-day Spiritual Exercises for Legionaries, Consecrated women, and Regnum Christi members and friends; Triduums of Renewal; weekend silent retreats; mornings and evenings of reflections; and even parish missions, from time to time.

Of all the retreats and days of reflections that Father Kenneth has had the opportunity to lead, his favorite are those that last seven or eight days. According to Father Kenneth, the longer the retreat, the better. “It allows for more time for retreatants to digest the material given, and permits people to really enter into prayer on their own,” says Father Kenneth. “I see my role as an instrument of the Holy Spirit, and try to follow what he wants for each person and their needs. The longer I have on the retreat, the more I can help follow up individually with each person.”

In order to be that instrument of the Holy Spirit, and the guide that God is calling him to be, Father Kenneth turns first to prayer. “The first thing I do is to pray,” Father Kenneth says, of the steps he takes to prepare well to lead a retreat. “The more we are in union with God, the better we can be a good instrument of the Lord, and speak with conviction, enthusiasm, and joy.” The second thing he does is to prayerfully prepare his meditations, basing them on Scripture, and framing them within the structure of the Ignatian Spiritual Exercises as much as possible. Finally, he tries to come up with considerations and questions that his retreatants can take to prayer, and which, he hopes, will provoke interior reflection and create a space where they can encounter Christ. “I try to foster the right atmosphere and the right framework,” says Father Kenneth, “to bring people to a real union with God.” 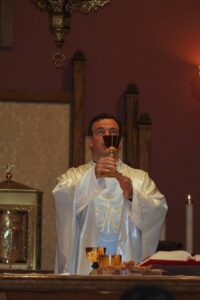 The hardest thing about preaching retreats, however, according to Father Kenneth, is first convincing people to attend. “A lot of times, people are afraid of the silence, and having to face themselves,” says Father Kenneth. “It can be scary.” The second hardest thing is convincing retreatants, once they are there, to not be nervous or afraid. “There is nothing to fear with the Lord,” is the message Father Kenneth strives to impart on his retreatants. “He is gentle and patient. He will accompany us with his presence and give us inner peace and freedom.” This is why Father Kenneth knows that once someone arrives at one of his retreats, God’s grace has already done all the work, and it’s up to him, as retreat guide, to merely be an instrument of that grace for the remainder of the retreat. “God can do incredible things with someone who enters a retreat with hunger and thirst for him,” says Father Kenneth. “I marvel at the Holy Spirit, and what he is capable of doing with imperfect instruments like me.”

As retreat guide, Father Kenneth never ceases to be in awe of the fruits that an encounter with God’s grace through retreat can produce. A young man, struggling with his vocation and his future, decides to discern the priesthood when he leaves the retreat. A mother returns home inspired to encourage her husband to start a Conquest boys’ club. A woman receives healing, and is ultimately able to get back on track with her life. A man accepts the forgiveness from God that finally allows him to let go of his own crushing guilt. And, what Father Kenneth has the opportunity to witness most of all, over and over again, are simply the many people who “get a renewed vigor and enthusiasm to fight another year for holiness in their families.”

And the participants aren’t the only ones who experience the fruits of retreat; Father Kenneth feels that, whenever he preaches a retreat, he participates in it just as much as, and if not more than, the retreatants themselves. “When you preach a retreat, you have to really get into it. You spend a lot of hours and days preparing, and then you do it with them,” says Father Kenneth. “John Paul II used to say that the more you share your faith with others, the more it expands inside of you. I found this to be very true!”

Unfortunately, many of the retreats that Father Kenneth had recently scheduled have had to be cancelled due to the current COVID-19 pandemic. However, he hasn’t let this stop him from preaching and, despite feeling somewhat shy in front of the camera and needing a fair bit of coaxing, he’s transitioned his reflections, retreats, and conferences to an online format. “In certain ways, it has expanded my field of preaching,” says Father Kenneth who, although he’d much prefer to preach retreats in person and face-to-face, is growing accustomed to this new way of transmitting the Gospel. “I think if St. Paul were around today,” he says, “he would be in the media for sure.” 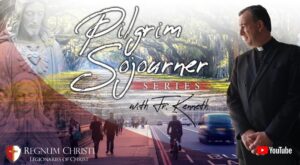 In May, Father Kenneth began producing a new video series called the Pilgrim Sojourner Series, which explores the Our Father, phrase by phrase. You can find this series by following and subscribing to Regnum Christi Calgary on YouTube.