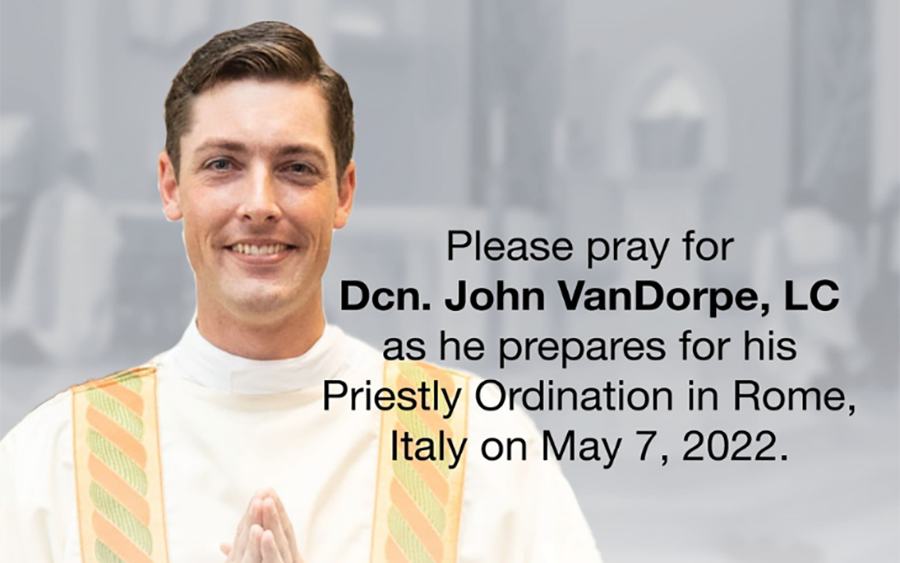 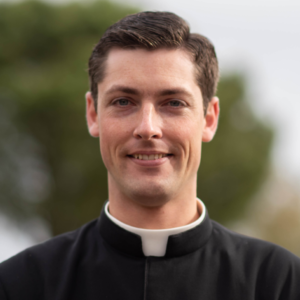 My vocation isn’t something that happened in my life, or something external added on to who I am.  As I look back now, I see that everything that happened to me was leading up to me joining the Legionaries of Christ and following my call to the priesthood.  I imagine for many who knew me as a kid, it was probably pretty evident that I was called, but I never thought about priesthood for the first decade or so of my life.

I am the oldest of seven children in a pretty Catholic family.  So much of who I am I owe to my parents and siblings; certainly having grown up in a numerous family prepared me for religious community life!  My parents made the extra sacrifice to send all of us to Catholic schools, and so I was always close to the priests at the parish and began serving mass as soon as I was able. I was always interested in everything to do with mass and enjoyed getting to know the priests at my parish.  It was in this context that I first met a Legionary of Christ.  A friend of mine invited me to a Conquest club meeting, and I still remember the exact place that I shook hands with a visiting Legionary priest.  Maybe I didn’t formulate it in the moment, but I realized that this was everything I ever wanted to be, without even knowing it beforehand.

Soon I was going to as many camps and trips with the Legionaries as I was able to.  The camps were a blast, but I most enjoyed the trips up to New Hampshire to visit the Apostolic School.  They would pile thirty kids into a renovated school bus and make the sixteen-hour drive to visit a boarding school for young men interested in the priesthood.  Though this was my first trip without my family, and I knew almost no one at the school, I instantly felt at home when I arrived there.  Part of it was the adventurous aspect of leaving home and visiting the mountains, but the idea of following God’s call and the example of the saints attracted me from the start.

And yet, I was not ready to join at the start of my eighth-grade year.  I felt attracted but was not sure if the Lord was calling me to leave that summer, or not.  So, I brought it to my parents and my dad’s advice was to wait a year—I would have to change school anyway at the end of that year—so why not wait and see if I was still interested after the school year?  Though my dad claims that he had selfish interests in suggesting this plan, I see that it was a wise suggestion after all (and I don’t think it was very selfish anyway!)  The Holy Spirit was definitely at work, and during that last year at home, I received the sacrament of confirmation, and it was during the school-led retreat before that sacrament that I had one of my first experiences of prayer as a personal relationship with Christ.  During that moment of prayer, I heard in my soul that Christ was calling me to follow him.  That conviction has not left me since.

So, I left home at the age of thirteen to follow the call and joined the Apostolic School.  There, during my three years I grew from a general desire to follow the Lord’s call to a specific one to follow Christ who was calling me to be a Legionary priest.  So I joined the novitiate after I graduated from the apostolic school, and was sent to Ireland.  At the conclusion of those two years, I made my first vows and became a professed religious in the Legion of Christ.  Nine years after that I would publicly make those vows permanent, though when I made professed the first time, in my heart it was forever.  I have not looked back since then, though I have grown in my understanding of my own weakness, and I had to face the fear of not being able to live up to that commitment.

In that crisis the Lord assured me that it was not because of my qualities or abilities that he had called me, but because he wanted me.  Looking back, I am sure that he has been the one who accomplished all the good things in my life and vocation, and all I had to do was cooperate.  Like Mary I am sure that “the Almighty has done great things for me”.  Trusting in these “great things” I am about to be configured to Christ through the reception of the sacrament of Holy Orders.

All are warmly invited to pray for Deacon John and the other 28 deacons being ordained to the priesthood,  and to join them via YouTube for the live broadcast of the Ordination Mass on Saturday, May 7th, at 10:00am Rome time (4:00am EDT, 1:00am PDT).