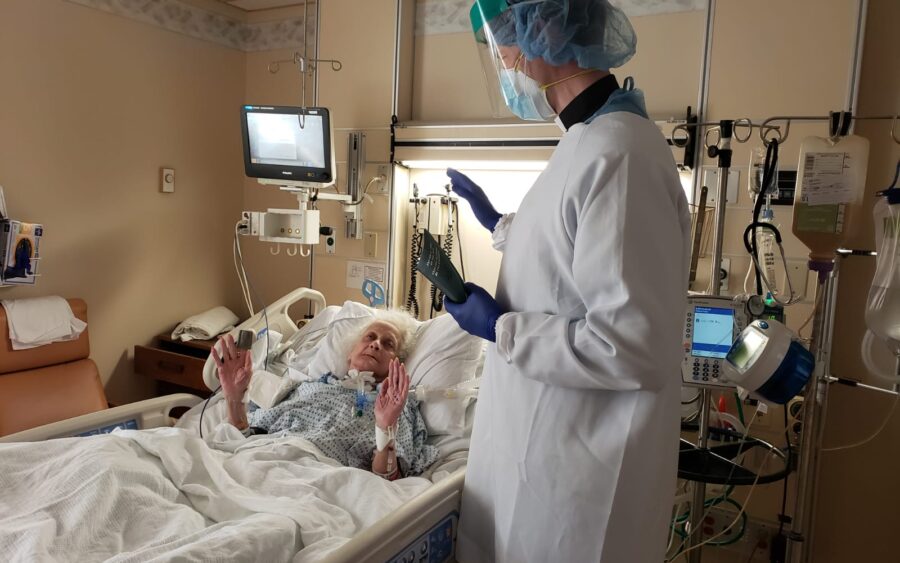 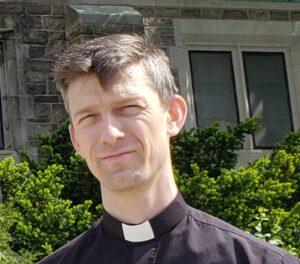 St. Peter and St. Denis Church in Yonkers, New York is a lively and flourishing church, but this wasn’t always the case. Made up of a largely Hispanic congregation, with parishioners from the Dominican Republic, Mexico, Puerto Rico, and a large variety of Central and South American countries, the parish had been experiencing little growth and vitality, until the arrival of Father Lino Ortero, LC, eight years ago. By creating a small group program called Grupos Pequeños de Oracion y Formacion, Father Lino invited parishioners to meet weekly in each other’s homes to pray, study their faith, and even share a meal, in the hopes of bringing life and vigor back to the dying parish. Today at St. Peter and St. Denis, there are approximately forty small groups that meet each week who benefit from the formation and accompaniment of the three Legionary priests currently serving the parish – Father Donald Kaufman, Father Helio Cantu, and Father Stephen Howe.

Originally from Adelaide, Australia, Father Stephen was ordained a Legionary priest at St. John Lateran Basilica in Rome in December of 2014. As one of the parish vicars at St. Peter and St. Denis, he spends most of his time administering the sacraments; besides offering seven weekend Masses in both Spanish and English, the church of St. Peter and St. Denis is something of a “hotspot” for the Sacrament of Reconciliation, providing hours of confession each weekend and attracting people from all around the area.

During the worst of the COVID outbreak last year, Father Stephen spent much of his time visiting with and providing the Anointing of the Sick to his parishioners and, sadly, ministering at many funerals. One of the ministries to which Father Stephen’s priestly vocation called him was attending to the sick and dying at St. John’s Riverside Hospital in Yonkers. In the spring of 2020, the small hospital was inundated with patients suffering from COVID; at the peak of the pandemic, all of the hospital’s 150 beds, plus another 30 beds placed in converted office space, held COVID patients, and a refrigerator truck was required when the morgue reached capacity. Father Stephen spent his time at the hospital praying with patients, administering the sacraments, and simply engaging with people who, because of isolation requirements, were separated from their families and loved ones and had little other human contact and interaction. At the bedside of one dying patient, Father Stephen video-called the family so that they could all be together – at least virtually – in the man’s final moments. “What a privilege to be able to give them those last precious moments with their father,” says Father Stephen. 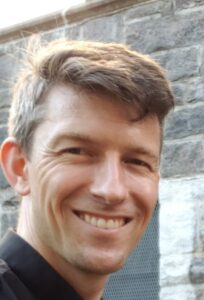 And Father Stephen knows firsthand the feeling of helplessness and isolation that the patients he ministered to were experiencing. In March of 2020, Father Stephen contracted COVID himself, becoming seriously ill. Because of his symptoms, which he describes as feeling like he had been “beaten and left for dead,” and quarantine protocol, he spent several weeks alone self-isolating.

While the numbers of COVID infections in Yonkers remain as high as they were back in spring of 2020, the cases of those needing hospitalization have decreased, and there have been no COVID deaths of parishioners since spring. And although the doctors at St John’s Hospital are now far more successful in helping those patients recover, the social and economic effects of the crisis are still prevalent, particularly at St. Peter and St. Denis Church, whose congregation had already been experiencing a high level of poverty and unemployment before the pandemic hit. At the height of the crisis in the spring of 2020, a large team of volunteers at the church’s Food Pantry were assembling and handing out up to 600 packages to families in need every Tuesday. Recently, the number of food packages required has decreased to about 400 per week as families get back on their feet, but this is still double the amount of aid that was required before COVID. The church also works closely with Catholic Charities of the Archdiocese of New York, which is housed right next door. “I’m often sending people over there to get help,” says Father Stephen. “Although they’re often overwhelmed there because of COVID, they have been very helpful, even helping some people with their rent and other needs they have that can be significant.”

Father Stephen was recently touched by the generosity of family, friends, and fellow Australians towards the parishioners of St. Peter and St. Denis who are experiencing financial burdens exacerbated by the pandemic. After an article came out in the Australian press about his experience ministering to the COVID patients at St. John’s Hospital and the financial struggles that many families in his parish were currently suffering, Father Stephen began receiving generous donations from people back home. “I know one family of eight kids in Australia who are not overly wealthy, and yet they very generously gave $5000 to help out families here,” says Father Stephen. “I’ve had other relatives and friends coming out of the woodwork to donate, so we’ve been able to give that to the families most in need.”

Like all parishes, St. Peter and St. Denis Church has had to adapt to ever-changing COVID restrictions and protocol – since the church can only accommodate about a third of the building’s capacity, and to accommodate the large turnouts at Spanish masses, a second mass is celebrated simultaneously in the gym below the church. As well, all small group and youth groups now meet online, and the parish has not been able to rent out its retreat center since March, which has had a significant financial impact on the church. Despite these difficulties, the parish hasn’t let the pandemic stop them from continuing to grow their ministries. “One project that I have been particularly involved with is helping to resurrect a young adult group that has gone through a bit of a slump,” says Father Stephen. “COVID actually helped us, because we got together a new team to run the group, and we were doing weekly Zoom calls as opposed to the live monthly meetings we previously had. We were getting a good number signing in for those every week, and it really got people excited.” In the past few months, the newly revitalized young adult group, called Made for More, has held outdoor activities as well as missions to serve those experiencing homelessness. “It’s been really good to be involved with and see [the young adults’] desire to be formed in their faith and have good, strong Christian friendships.”

Father Stephen shares one experience of a young woman who has already been impacted by the revitalized Made for More ministry. One of the patients that Father Stephen had ministered to in the hospital was a mother of five in her forties; when she died of COVID, her oldest daughter turned to the young adult ministry at the church. “It’s been beautiful to see her really getting into her faith, because before she joined Made for More, she didn’t really know much about the faith, and wasn’t particularly practicing,” says Father Stephen. “She has been getting involved in our young adult ministry and really loves it, and she has been finding a lot of consolation and strength in this time of mourning after losing her mother. “

For Father Stephen, the most rewarding part of his ministry as vicar at St. Peter and St. Denis is the help and healing that he’s able to bring as a priest and minister of the sacraments to his parishioners, whether it’s in their homes, in the church, or at their hospital bedsides. “Their greatest need is God,” says Father Stephen, “so it’s rewarding to be able to serve them in a very priestly ministry here.”

For the month of January, Father Stephen will be returning to his ministry as chaplain at St. John’s Riverside Hospital. To find out more about St. Peter and St. Denis Church and the aid programs they offer, visit their website at spyonkers.com.