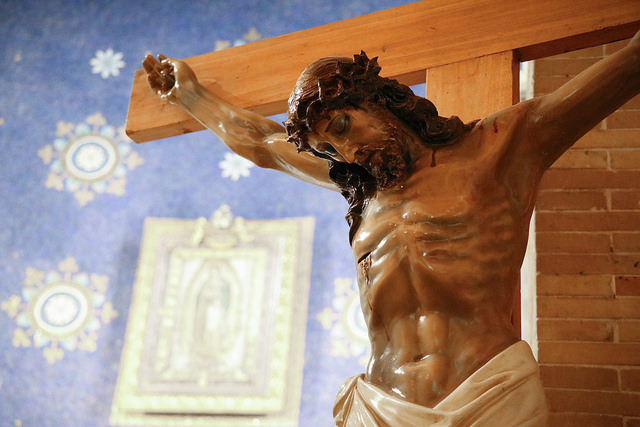 Fr. Félix Alarcón passed away February 5, 2021, the first Friday of the month, at the Jiménez Díaz Foundation hospital, in Madrid, Spain, at the age of 87 and after 57 years of priesthood, due to bilateral pneumonia caused by the Coronavirus.

Fr. Félix was among the first generations of Legionaries of Christ, and was one of the first to denounce Fr. Marcial Maciel.  The 2020 General Chapter of the Legionaries of Christ had asked him for forgiveness, recognizing “as prophetic his denunciation in favor of truth and justice” and thanking him “for the good he did not only for the Congregation, but for the Church itself” (see the Chapter Communiqué Conversion and Reparation).

He was born on February 3, 1934 in Madrid, Spain. In September of 1950 he entered the Legionaries’ minor seminary in Cóbreces, Spain. He was ordained a priest on December 24, 1963 by Cardinal Hildebrando Antoniutti, the then prefect of the Congregation of Religious, in the parish of Our Lady of Guadalupe, in Rome, Italy.

In 1967, he received dispensation from the Legionaries of Christ, and in 1973 he was incardinated in the diocese of Rockville Centre, New York, in the United States. For 38 years he exercised his pastoral ministry in various parishes, and was chaplain at several hospitals in the United States. Once retired, he returned to Madrid, Spain, where his sister lives.

In 1997 he was one of the eight people who made public complaints against Fr. Marcial Maciel, because of the sexual abuse they suffered as seminarians and priests. During the 2014 General Chapter, he sent a video to the chapter fathers inviting them to confront the truth and face the issue of abuse. During these last years of his life, some Legionaries, former Legionaries and members of Regnum Christi were close to Fr. Félix, and he always received them with profound graciousness and kindness.

On January 17, 2021, he fell on ice in the street, and was admitted to the hospital where he had a prosthetic hip replacement. Upon leaving the hospital, he accepted the invitation to live in a community of Legionaries while he was recovering. Upon arriving in the community, he was tested for COVID although he showed no symptoms, and the results came back positive. A few days later, he began to have low oxygen saturation levels, and was admitted to the hospital, where he was diagnosed with bilateral pneumonia. During the following days his health deteriorated, and he passed away on February 5, 2021. He leaves his sister, Maruja, 100 years old, and a niece.