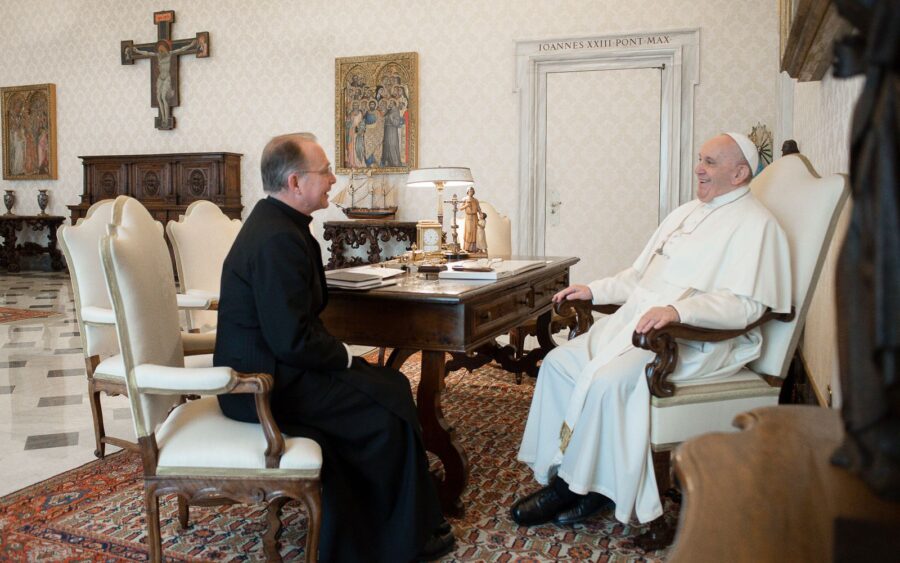 In the same note, he said that during this meeting he shared with the Holy Father the steps taken in the path of renewal that the Congregation of the Legionaries of Christ and Regnum Christi are following, as well as asked him for light and advice in the task that he has been entrusted with. At the end, he asked for the Pope’s blessing for the entire Regnum Christi spiritual family.

Father John thanked the Legionaries of Christ priests and brothers for the various “initiatives that promote his Magisterium and his teachings” and invited them all “to continue promoting all that we can do in this regard.”

Link to announcement in Spanish