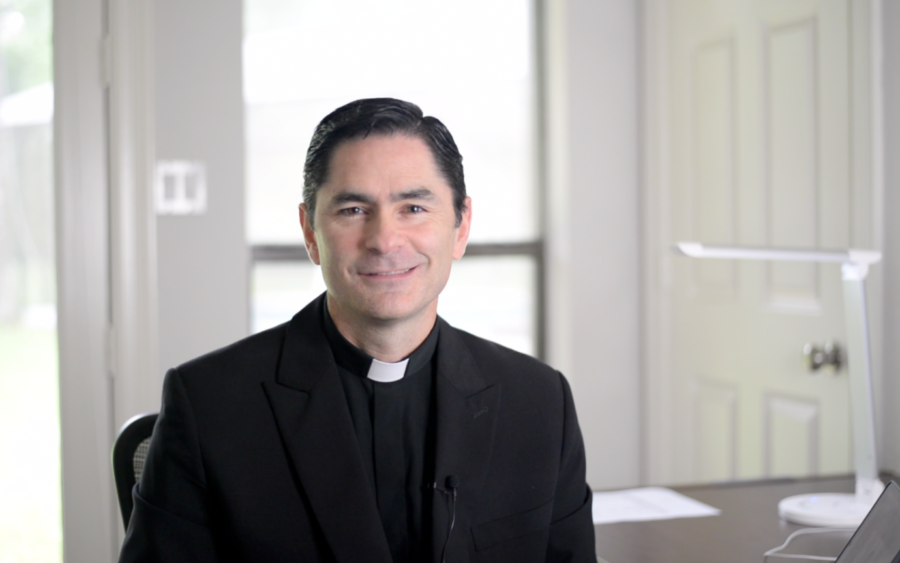 Is there one truth, or many?

Who, and what, can I trust?

What is the secret of happiness? 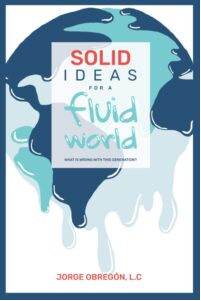 These are some of the questions that today’s newest generation of young adults is asking, but for Father Jorge Obregon, LC, the answers are the same as they’ve always been. These tried-and-true answers are the topic of his new book, Solid Ideas for a Fluid World, which attempts to provide a sturdy foundation on which young people can think about, construct, and build up their lives.

For Father Jorge, the book, which was published in Spanish in spring of last year and has just been released in English this month, comes both from his desire to provide young adults with answers that form a sure footing on which to base their lives, as well as his own personal experience. Throughout high school and college, he struggled to find the resources that contained the solid answers that he was seeking. “Outside of Legionary priests, and of course, my mother and father, I didn’t find the solid ideas that would shape my path and would assure me that the decisions I was making and the paths that I was on would lead me to a true and real island of security,” says Father Jorge. “There was no book that would give me enough solidity so that I would know how to live based on philosophical, scientific, and also religious principles.”

Father Jorge believes that this solidity can be found in the wisdom gathered over two thousand years of Judeo-Christian tradition, and from the men and women who have planted seeds of truth throughout the ages. In an era of constant novelty and self-invention, his new book seeks to provide a solid basis for people who ask the most important questions, like why is there something rather than nothing, how can I know truth, and is there someone I can trust? “We know there are thousands and thousands – even millions – of people putting material out there in so many platforms. How can I know which path to follow, and how can I build upon rock, and not the new podcaster, the new YouTuber, the latest trend?” says Father Jorge. “What I’m trying to do is give people perennial ideas that have shaped Western culture, Western civilization, and Christianity.” 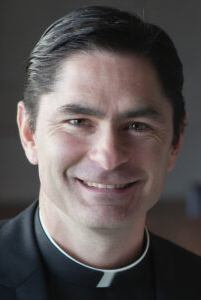 Although Father Jorge has received many messages from people who have read and appreciated his book and the clear answers it provides, he was especially moved by one particular reader who recently reached out to him. A young mother who had just lost her child to cancer told him that while she had always had strong feelings for the faith, she hadn’t had a solid foundation on which to base her understanding of the world, and lacked real answers to her deepest questions about life. “She said that the book came at the right time, by God, into her life, because now she’s been able to complement that feeling for God and religious sentiment, and connect that to the mind, and to knowing her faith.”

Working with young adults, Father Jorge is constantly challenged to be entrepreneurial, creative, and innovative in presenting the timeless values and principles of the Church – these days, you’ll find him on social media, particularly Instagram and YouTube, trying to provide balance and solid ground in times that are not always easy to navigate. On March 15th, his team will be launching a new program called Our Voice, a platform to bring groups together for weekly, monthly, or bi-monthly meetings to discuss hot button topics on social issues, leadership, and spirituality. Father Jorge’s hope is that Our Voice will facilitate meaningful conversations, guided by interviews with experts, worksheets, and discussion questions, and will ultimately provide a forum for rational argument, the capacity for which he feels has been lost in recent decades in Western society.

Throughout his many years of working with young adults, Father Jorge has never ceased to be amazed by the beauty and depth of their innermost questions about the tough and complex issues they face today, and he hopes that his new book, and new online program, will help provide the meaningful answers they seek. “In all of this, I hope that grace and nature will come together to return to God the talents he has given me, through different apostolates that will help Regnum Christi, as a movement, serve the world and grow the family.”

Father Jorge is currently serving as the International Director of New Fire and Search, and is the Assistant Chaplain of the Regnum Christi men’s and women’s sections in New York and the tri-state area. You can follow him online on his YouTube channel, or on Instagram @jobregong. You can learn more about his book, Solid Ideas for a Fluid World, on YouTube, or find it on here on Amazon.