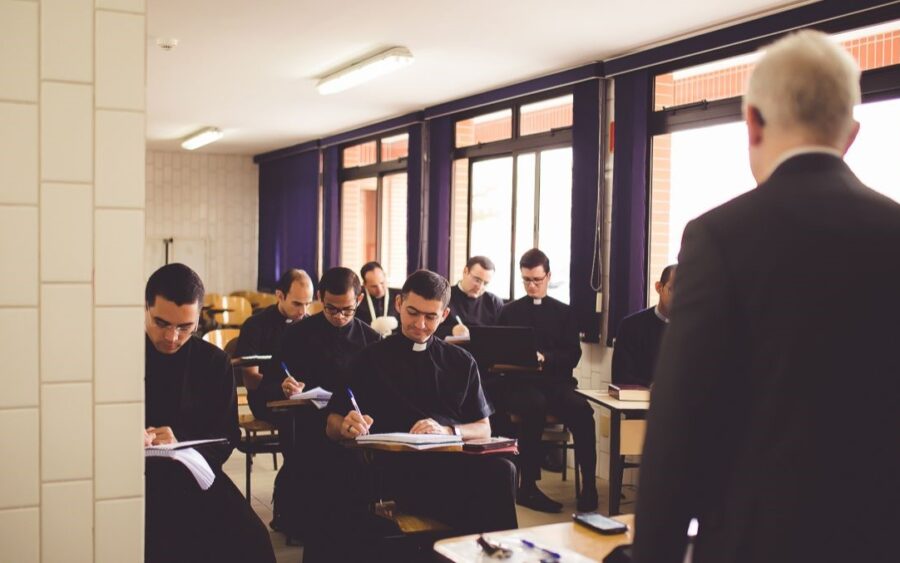 The Legionaries of Christ have run a seminary forming diocesan priests to lead dioceses in Brazil since 2000.

In February, the Maria Mater Ecclesiæ Seminary (Mary, Mother of the Church) in Brazil commemorated the 20th anniversary of its foundation. During the main celebrations several priest-alumni of the seminary were present.

The Maria Mater Ecclesiæ Seminary in Brazil began its activities in February 2000 at the Novitiate of the Legionaries of Christ, in São Paulo, with just 13 seminarians. In 2005, the seminary moved to the current building located in Itapecerica da Serra, in the diocese of Campo Limpo.

The seminary offers a formation based on Christ-centeredness, proposing Christ as the center, criterion and model of the priestly life of the seminarians; seeking to bring them to their vocational fullness in the intimate encounter with God because he is “God the patient and merciful craftsman of our priestly vocation” (Pope Francis, October 7, 2017).

The image of the potter that the prophet Jerimiah offers (cf. Jeremiah 18:1-11) teaches us the fragility of our own vocation, but at the same time the care with which God models each of us. For this reason, the formation of diocesan seminarians touches the fundamental point of the mission of the Legionaries of forming apostles, Christian leaders at the service of the Church (see the Constitutions of the Legionaries of Christ 4).

Fr. John Connor, LC, General Director of the Legionaries of Christ offered a message of congratulations for the 20th anniversary, thanking the bishops and seminarians for trusting in the formation offered to them by the Legionaries. Addressing the formation team, he thanks them for dedicating “their lives and ministry so that this work of extension of the kingdom of Christ may be carried out every day in their lives, and in the lives of future priests of the Church in Brazil.” He also invited them to have “the certainty that God will reward them for all the silent good they do day by day in this house of formation.”

Throughout the past 20 years, 340 priests from the seminary have been ordained, belonging to 30 dioceses in Brazil.

Bishop Jorge Patron Wong, secretary for Seminaries in the Sacred Congregation for the Clergy gave a video message in Portuguese for the occasion.

Translated from the original on the Spanish-language Legionaries of Christ site.