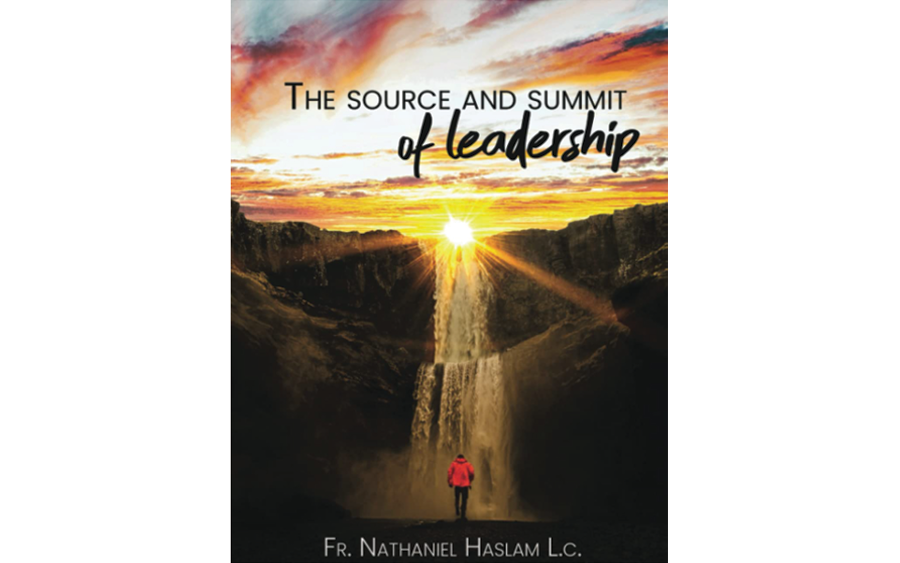 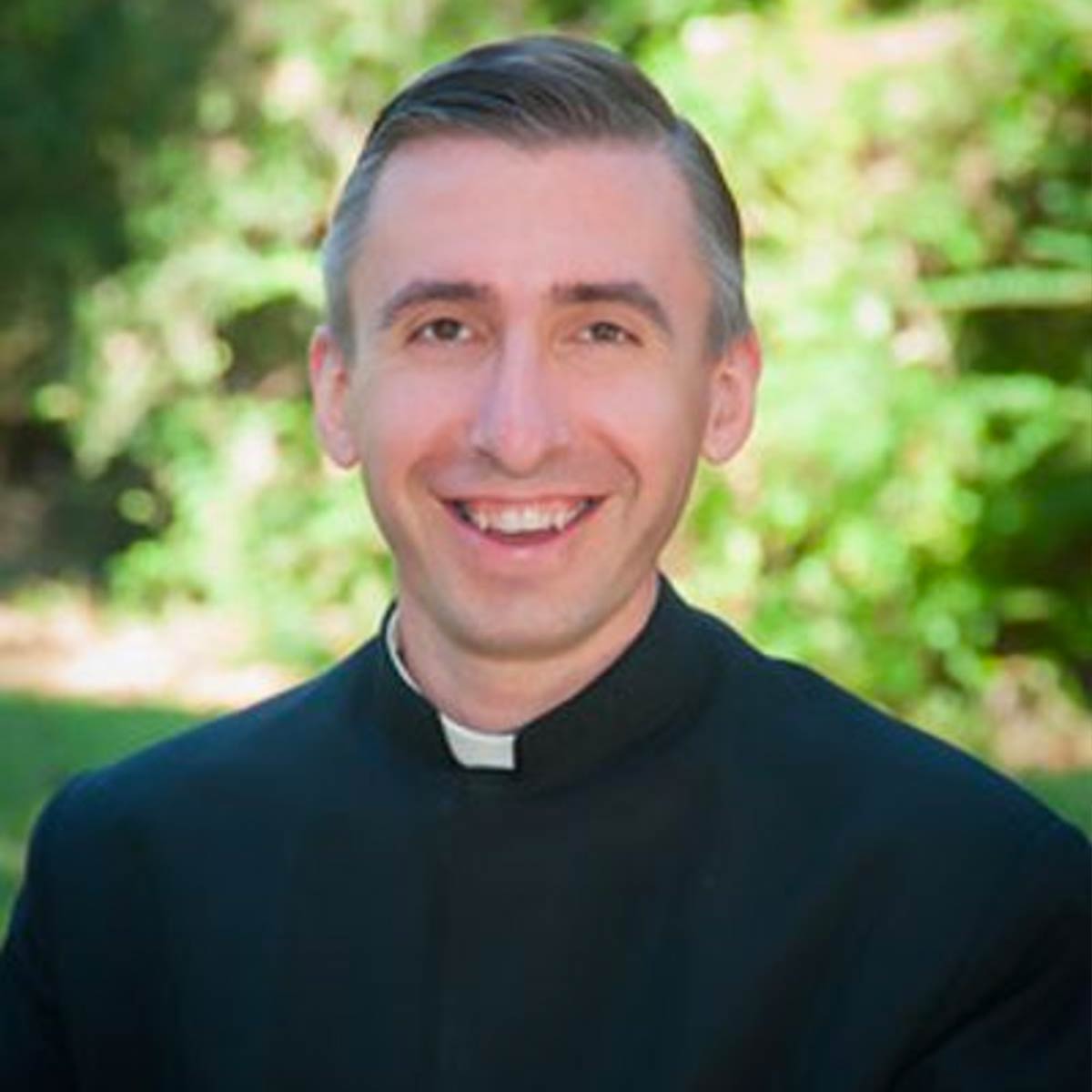 Before he became a priest, Fr. Nathaniel Haslam, LC, had other goals in mind: he planned to be a CEO, the founder of a Fortune 500 company, and a billionaire. It was with these lofty ambitions that Fr. Nathaniel graduated from Rensselaer Polytechnic Institute in New York with a degree in electrical and mechanical engineering and began his engineering career at Xerox, but just over one year later, he would be leaving his visions of corporate success behind to enter an entirely new life, that of a Legionary priest.

But for Fr. Nathaniel, joining the priesthood did not mean completely leaving behind the theme of leadership, which had so intrigued him from a young age and had led him in the beginning to pursue a career in engineering. “When God called me to the priesthood, it fascinated me that there was a congregation of priests dedicated to forming Christian leaders and apostles,” says Fr. Nathaniel, who, during his years in Rome, founded and directed the International Leadership Semester, a certified college leadership study abroad program at the Universita Europea di Roma. While there, he also helped organize and coordinate the first ever Vatican Executive Summit in June of 2011 in the Vatican Gardens, where 50 top international executives and economic leaders were invited to discuss the challenges of financial crisis and business ethics in the light of faith.

For the past ten years, one of Fr. Nathaniel’s main roles has been as the chaplain for the Lumen Institute, an apostolate founded in New York in 2005 by a group of business leaders and Legionary priests that forms Christian leaders to illuminate with the light of Christ the circles in which they live and work; over the past two years, Fr. Nathaniel has served as Lumen’s national chaplain as well. Fr. Nathaniel shares the story of one man whom he had met through his role as chaplain of the Lumen Institute; for this man, who has been a member of Lumen for five years, his faith was important to him, but like so many, he had divorced it from his day-to-day business dealings. Thanks to the grace of God and several years of spiritual direction through Lumen membership, as well as the peer-to-peer monthly meetings, he grew to allow Christ to be the center of his leadership:

“One of the most beautiful ways this man brings Christ into secular society is through the invitation of prayer. He is one of the most networked and connected individuals I know, and frequently meets successful business leaders for dinner. In every opportunity, he asks people if they would mind him saying a prayer to begin the meal. The responses he receives are almost always a grateful ‘yes,’ even from non-Christians. This is a simple but powerful example of a leader bringing his faith into the secular world.” 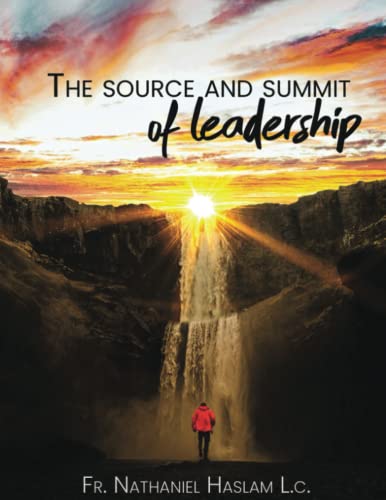 Indeed, since his ordination in Rome in 2010, Fr. Nathaniel has served over a thousand educational and business leaders, assisting them in leadership transformation to be men and women after the heart of Christ. And his new book, The Source and Summit of Leadership, is an overflowing and sharing of the many years Fr. Nathaniel has spent not only studying leadership, but also accompanying those men and women on their leadership journey. The book is also a response to the challenge to help all Catholics to embrace their call to develop their own leadership and to deploy it at the service of others. “Leadership is part-and-parcel of the Christian vocation,” says Fr. Nathaniel, “so none of us are exempt.”

This universal call of all Christians to leadership, regardless of status or position, is one of the main themes of Fr. Nathaniel’s book. An equally important theme is that leadership is not only a call, but a quality meant to be nurtured and developed. “Just as our baptismal gifts develop over time when we cooperate with the Holy Spirit, so too does our leadership capacity grow and expand. Integral formation (a hallmark of Regnum Christi members and the formation to which they commit) includes developing their leadership.” The Source and Summit of Leadership provides ample leadership knowledge and concrete actions to encourage readers to develop their “leadership muscles” and grow in their understanding of and capacity for leadership. The book also includes questions for individual reflection and group discussion to help readers explore the call, purpose, responsibilities, and transcendent nature of leadership to which every Christian is called.

Fr. Nathaniel is currently based in Houston, Texas, where acting as chaplain for Lumen is only one of his many ongoing roles. He also serves as the local chaplain for Legatus and Young Catholic Professionals, two organizations dedicated to serving and forming Catholic leaders.

As well, Fr. Nathaniel is beginning a four-year doctoral program in pastoral leadership, which he hopes will not only provide good personal enrichment but also possibly be a stepping stone to launch a new Catholic leadership institute! On top of this, in response to requests for another book, he plans to finish an autobiographical work which would highlight leadership lessons he has learned on his own life’s journey.

You can purchase Fr. Nathaniel’s new book, The Source and Summit of Leadership, as well as his first book, The Future of Leadership: Insights from the Writings and Speeches of Emeritus Pope Benedict XVI, on Amazon.

To find out more about Lumen Institute, or to check out Fr. Nathaniel’s monthly video on leadership, visit lumeninstitute.org.