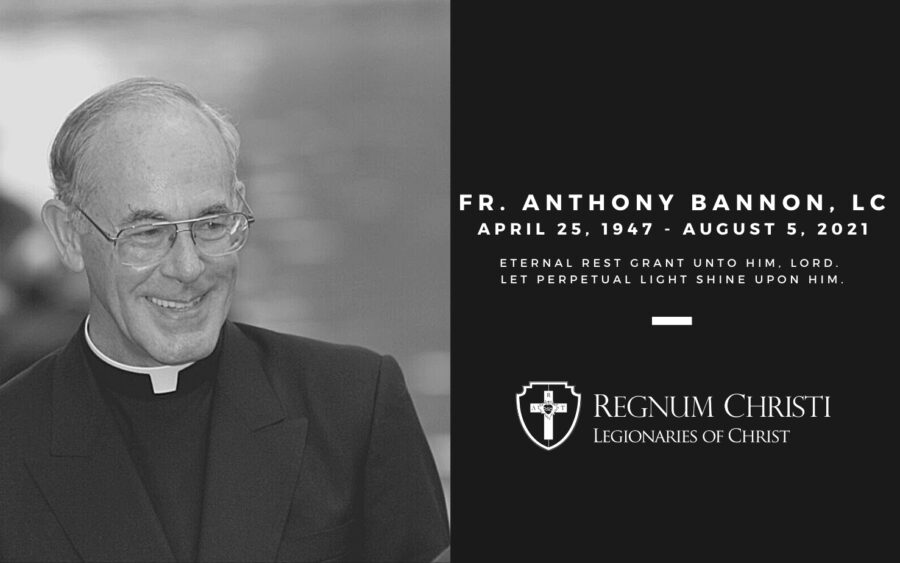 In the early morning hours of August 5, 2021 the Lord called our dearest Fr. Anthony Bannon, LC, home after health complications arising from cancer. Fr. Anthony Bannon, LC, was born in the “Old Sod,” Dublin Ireland, on April 25, 1947. His Mom and Dad had six children: Fr. Anthony and his five sisters. One of his sisters, Patricia Bannon, is a Consecrated Woman of Regnum Christi currently serving in Chile. Fr. Anthony felt the Lord’s call to be a Missionary in Latin America and joined the Legionaries of Christ’s novitiate in his sunny-cloudy hometown of Dublin on September 14, 1964.

A page has been set up to leave your condolences for Fr. Anthony’s family and brother Legionaries. Link to page.

In lieu of flowers please consider a donation to the Fr. Anthony Bannon, LC, Memorial Endowment to provide scholarships for Legionaries of Christ seminarians. Click to donate.