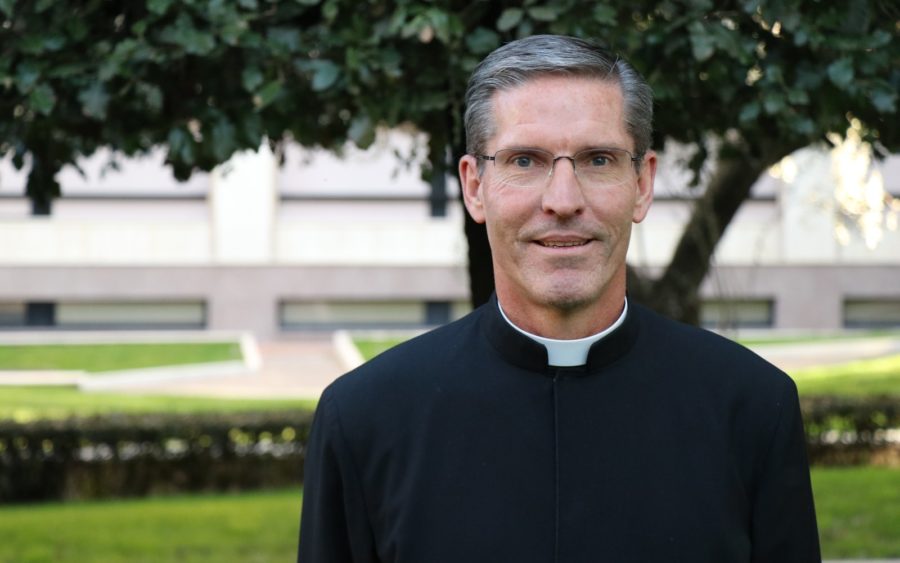 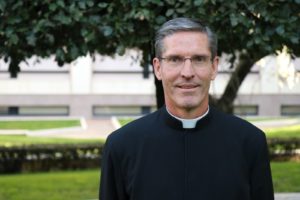 Father Shawn Aaron was born in Ridgecrest, CA on January 25, 1968. He is the oldest of four children, with three younger sisters. On April 29,1978, his family entered the Catholic Church. They later relocated to Modesto, CA, where he attended Central Catholic High School, lettering in several sports: football, basketball, baseball and track.

After completing high-school Fr. Shawn attended Modesto Junior College where he studied liberal arts and ran track. In 1989-90 he served as a team leader for the National Evangelization Teams (NET) and traveled throughout the United States providing retreats for students. After NET he began working with St. Paul’s Outreach (SPO), in St. Paul, Minnesota, their mission is to build transformational communities that form missionary disciples for life.

In 1991, he joined the Legionaries of Christ in Cheshire, Connecticut. He studied at the Pontifical Athenaeum Regina Apostolorum in Rome, Italy receiving degrees in philosophy (1996) and theology (2002). On Christmas Eve, 2002, Father Shawn was ordained to the priesthood at Colegio Internacional Legionarios de Cristo in Rome, Italy.

After ordinations he served as development director for the Legionaries of Christ for several years and from 2007-2009 also served as retreat director for Our Lady of Santa Clara retreat center in Cupertino, CA.

From 2009 through 2010, he was appointed as President of Southern Catholic College, in Dawsonville, GA. From 2010 – 2017 he was the National Chaplain of The Lumen Institute based in Manhattan. He currently serves on the Board of Directors for Divine Mercy University and the Lumen Institute. 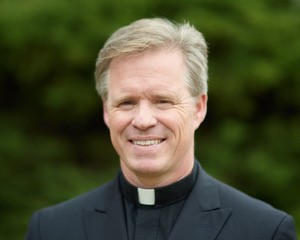 Father David Daly, LC, is a native of St. Louis, MO. He attended St. Louis University High School and then the University of Dallas. In 1990 he entered the novitiate of the Legionaries of Christ in Cheshire, CT. He completed his studies in Rome, earning his bachelor’s degree in Philosophy from the Gregorian University in 1997 and licentiate degrees in moral Theology (2002) and in Philosophy (2008), both from Pontifical Regina Apostolorum College in Rome.

Since his ordination on January 2, 2001, he has served as vice rector in various seminaries in Europe and the United States. He has also spent several years working in campus ministry to college students throughout New England. From 2008 to 2014 he served as local superior and local coordinator of apostolate for Regnum Christi in Atlanta, GA, and from 2014 to 2017 he was the President-Rector of the Legionaries of Christ Novitiate and College of Humanities. 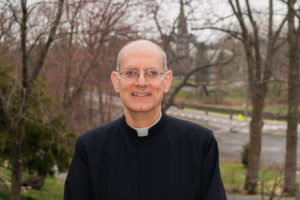 Father Steven Reilly, LC, is a member of the Legionaries of Christ. After having joined the congregation in 1982, he was ordained in 1994, in Mexico City. He studied philosophy in Rome at the Pontifical Gregorian University and theology at the Legion’s own Pontifical University, Regina Apostolorum, also in Rome. 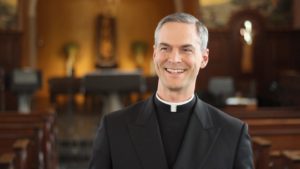 Father John Bartunek, LC, S.Th.D, received his BA in History from Stanford University in 1990. He comes from an evangelical Christian background and became a member of the Catholic Church in 1991.

After college he worked as a high school history teacher, drama director, and baseball coach. He then spent a year as a professional actor in Chicago before entering the religious Congregation of the Legionaries of Christ in 1993. He was ordained a Catholic priest in 2003 and earned his doctorate in moral theology in 2010. He has taught moral theology at various ecclesiastical institutions at both the graduate and undergraduate levels.

He provided spiritual support on the set of Mel Gibson’s The Passion of the Christ while researching the 2005 Catholic best seller, Inside the Passion, the only authorized, behind-the-scenes explanation of the film.

Father John has contributed news commentary regarding religious issues on NBC, CNN, Fox, and the BBC. He also served as the English-language press liaison for the Vatican¹s 2005 Synod of Bishops on the Eucharist.

Father John is a published author.  He has written several books. His most widely known book is called The Better Part: A Christ-Centered Resource for Personal Prayer. His most recent book is Spiritual But Not Religious; The Search for Meaning in a Material World.

Father John currently resides in Michigan, where he continues his writing apostolate and serves as superior for his religious community. On March 30, 2020, he was named to the North American Territorial Council for the Legionaries of Christ. 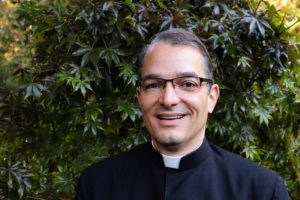 Father Juan José Hernández, LC, was born in Puerto Rico. After high school, he moved to Atlanta where he attended Georgia Tech and studied industrial and systems engineering.  In the fall of 2001 he entered the novitiate of the Legionaries of Christ in Cheshire, Connecticut.  He made his first religious profession in Ireland in 2003 and returned to the United States to study a year of Humanities. Father Juan José spent four years in Rome where he studied philosophy and theology.

For his apostolic internship as a Legionary brother he was sent to Florida (2006-09) where he directed ECYD activities in various cities.  Since that time he has also been involved with Regnum Christi Mission Corps and is currently the National Formation Director for the Boys’ Program.

After completing his seminary formation, he was ordained to the diaconate on June 30, 2012 and to the priesthood on December 15, 2012.  After his ordination he was assigned to work in Atlanta.  He has served as Chaplain at Holy Spirit Preparatory School in Atlanta, GA since 2014. On March 30, 2020, he was named to the North American Territorial Council for the Legionaries of Christ.

His parents live in Puerto Rico.  He has a younger sister, an older brother, and eight nieces and nephews.