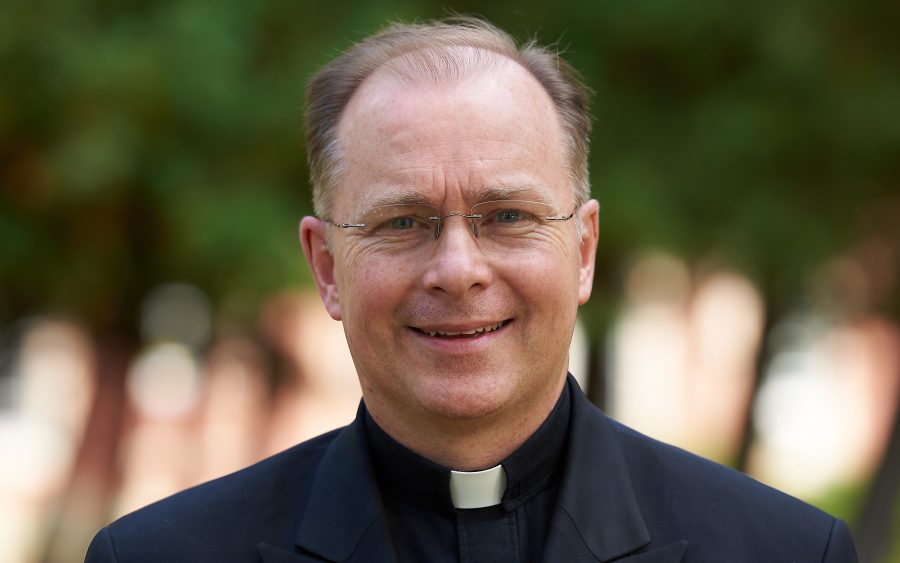 The General Chapter of the Legionaries of Christ has elected Father John Connor, LC, an American, as the new general director of the Congregation. The Chapter spent two weeks focused on sexual abuse, attention to victims, and clarifying next actions.  It has also made the commitment to “publicly releasing the results of its reflections and resolutions on this matter, when all its work is finished.”

The voting took place on February 6. With this election, Legionary Father Eduardo Robles-Gil’s term is concluded. In upcoming days the Chapter will elect the six members of the government that comprise the General Council, according to the Constitutions approved by the Holy See in 2014. These Constitutions are a result of  the renewal process the Legionaries underwent with the Church’s guidance. . The chapter will also elect the general administrator.

Father John Connor, LC, is 51 years old. Since 2001 until the present he has exercised priestly ministry in the United States, mainly in New York, Philadelphia, and Atlanta. He holds a degree in finance from Loyola University (Baltimore). He has lived in Germany, Italy, and Spain. He studied philosophy and theology in Rome, where he was ordained to the priesthood on January 2, 2001. From 2014 until his election as general director, he was the territorial director of the Legionaries of Christ in the North American Territory and a member of the Territorial Directive College of Regnum Christi in that territory.

Resolution and transparency to deal with abuses

The new general director will have the responsibility, together with the rest of the government, to carry out the directives of the General Chapter now in session, which is the highest governing authority in the Congregation.

On January 24, the Chapter made the public resolution to deal decidedly with the topic of sexual abuse. They dedicated two weeks to this “with hearts and minds focused on the victims… to analyze the magnitude of the damage done, the intensity of the suffering inflicted, the causes, and the consequences; thus the Chapter will be able to validate measures already applied and to establish new measures.” The chapter has committed to “publicly releasing the results of its reflections and resolutions on this matter.” The Chapter Fathers have had the opportunity to listen to the testimony of two victims of sexual abuse, and to Jesuit Father Hans Zollner, secretary of the Pontifical Commission for the Protection of Minors, who urged them to reach out to victims.

The upcoming days will be dedicated to finishing the election of the members of the General Council and the election of the general administrator. In upcoming weeks the Chapter will tackle other topics such as the apostolic mission of the Congregation and its relation with the other vocations in Regnum Christi, the formation of seminarians, living of poverty in the Congregation, community life, vocation promotion, and religious discipline in general.

The official website of the Chapter is https://legionariosdecristo.org/capitulo2020/, where frequent summaries, photographs, and official communications are published. English translations of Chapter communications are offered on www.legionariesofchrist.org.