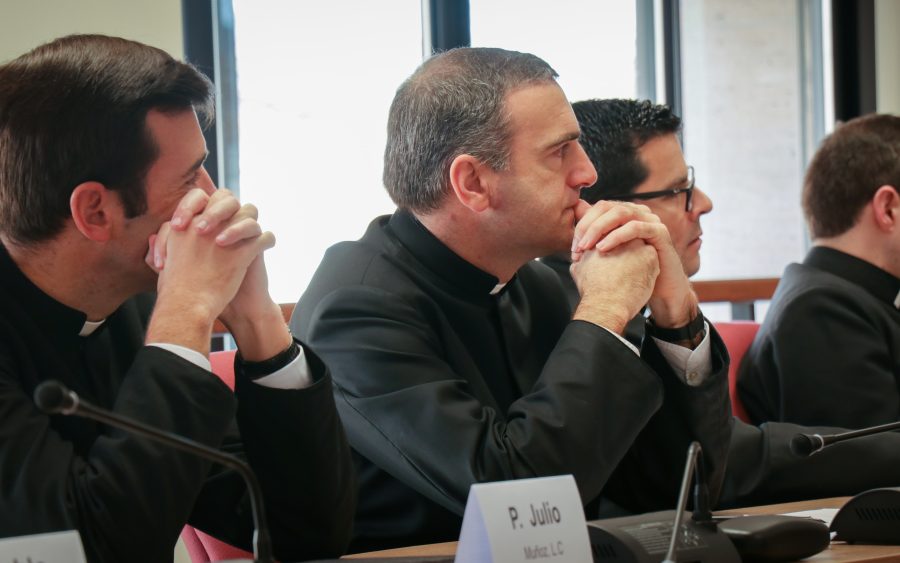 General Chapter of the Legionaries of Christ

The General Chapter of the Congregation of the Legionaries of Christ began this past Monday, January 20, in Rome, with the celebration of the Eucharist in the Minor Basilica of Our Lady of Guadalupe and Saint Philip the Martyr. The current general director, Father Eduardo Robles-Gil, LC, presided the Mass.

According to the initial formalities prescribed by Canon Law and by the regulations of the General Chapter itself, Father Eduardo Robles-Gil, LC, presented a concise report on the progress of the Congregation during the last six years. The participants had the opportunity to comment on this report.

After reviewing the topics and tasks that the General Chapter must address, the chapter fathers chose to give priority to the issue of sexual abuse perpetrated by some members of the Congregation and the way in which superiors dealt with this abuse in the past. As a result, the General Chapter decided to postpone other matters, including the election of a new general government.

The chapter fathers turn their minds and hearts, above all, to those who have suffered some type of abuse by members of the Congregation. They ask forgiveness from the victims for what they have suffered, for the omissions and insufficient measures taken, and for the delays that have increased their suffering.

The General Chapter is taking an in-depth look into the stories and the experiences of the victims, as well as the recently published to analyze the magnitude of the damage done, the intensity of the suffering inflicted, the causes, and the consequences; thus the Chapter will be able to validate measures already applied (see Standards of accreditation for safe environments) and to establish new measures.

The General Chapter has committed to publicly releasing the results of its reflections and resolutions on this matter, when all its work is finished. Thus the Congregation will be able to move forward on the path of authentic repentance and conversion with concrete acts of reconciliation with victims and their families.

Last Wednesday, January 22, the General Chapter received a visit from Father Gianfranco Ghirlanda, SJ, who offered his valuable collaboration with the Congregation for almost ten years, first as councilor to the pontifical delegate and later as pontifical assistant. His presence and words have enriched and supported the chapter fathers. The chapter fathers expressed again their gratitude to the Church, to the pontificates of Benedict XVI and Francis, and to the other authorities of the Holy See that have accompanied the Congregation in these years, and in particular to Father Gianfranco Ghirlanda, SJ.

The participants in the General Chapter give heartfelt thanks for the prayers of the members of the Congregation, the members of Regnum Christi, and all the other people who are accompanying us in prayer.