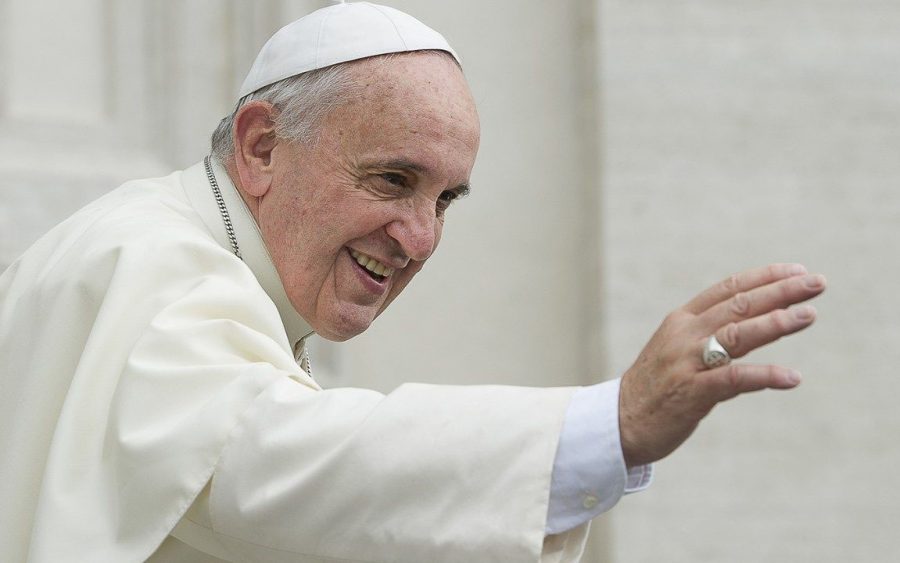 Rome, February 29, 2020 – This Saturday, February 29, an audience that was scheduled for Pope Francis with the participants in the General Chapter of the Legionaries of Christ and the General Assemblies of the Consecrated Women of Regnum Christi and the Lay Consecrated Men of Regnum Christi did not take place because for the third consecutive day there were cancellations on the Holy Father’s agenda. The Holy See has published the message that the Pope wanted to address to the attendees, and it has been read in the Assemblies and the Chapter this morning.

A change of mentality to overcome self-referentiality

In his message, the Pope recalled that the criminal life of the founder “had to some extent tainted the charism that the Spirit had originally given to the Church,” affecting the norms, the exercise of government and the life “of all of Regnum Christi.” Regnum Christi, hand in hand with the Church, has travelled a path leading to a real “change of mentality” which has been reflected in the new Constitutions and Statutes, which are “truly new,” says the Pope, “because they reflect a new spirit” and a vision “consistent with the Second Vatican Council,” the result of a work in which “all of your communities have been involved.” The Pope says in his message that “this was possible because you have been docile to the help and support that the Church has offered you,” and because you have realized “the real need for a renewal that would bring you out of the self-referentiality in which you had been enclosed.”

“The words of Pope Francis fill us with gratitude and encourage us to follow the path of discernment and renewal with commitment and docility to the Spirit,” said Nancy Nohrden, General Director of the Consecrated Women of Regnum Christi. “The fact that he has confirmed the steps we have taken in recent years strengthens our desire to address with courage and humility the errors of the past, and to walk in truth in order to make the kingdom of Christ present,” she said.

For his part, Félix Gómez Rueda, General Director of the Lay Consecrated Men of Regnum Christi, was grateful “to hear from the Holy Father that the work of these years has allowed us to manifest the charism originally given by the Holy Spirit and truly inserted in the teachings of the Second Vatican Council.”

“We are grateful for the message of the Holy Father and the close accompaniment of the Holy See,” said Father John Connor, LC, recently elected General Director of the Legionaries of Christ. “Aware of what we have learned, recognizing and purifying the painful aspects of our past, we look to the future with hope, seeing a new stage in the journey of renewal that must continue,” he said.

For Francisco Gámez, a lay member who attends the General Directive College of Regnum Christi, “the Pope calls us to have a continuous attitude of spiritual renewal. We, the lay members of Regnum Christi, do not want to live a static charism, nor one that is exclusive to a few. We want to put our charism in contact with reality in a constant discernment, with those who do not know God, with the existential peripheries,” he assured.

On June 12, 2019, the Holy See, through the Congregation for Institutes of Consecrated Life and Societies of Apostolic Life (CIVCSVA), constituted the Regnum Christi Federation and approved its Statutes. The new Statutes express the consensus reached by the four vocations of the Regnum Christi during the process of renewal regarding their charism and common mission, spirituality, membership, organization and governance. It has been a participative and global process in which, since 2010, all the members of Regnum Christi from the four vocations that make up this ecclesial reality have been involved, some 22,000, including Legionaries of Christ, Consecrated Women, Lay Consecrated Men and lay members.

Hand in hand with the Church, the mechanisms that regulate the exercise of government and authority have been reformed as indicated by the Holy See after the apostolic visit in 2010, “united to the truth, to respect conscience and to be exercised in the light of the Gospel as an authentic ecclesial service.” In addition to the changes in the particular constitutions of the three consecrated vocations, Regnum Christi has introduced a collegial mode of government for the Federation. In this way, it seeks to highlight the spirit of communion, co-responsibility and complementarity of the vocations while respecting the autonomy proper to each.

Regnum Christi by the Numbers

Regnum Christi’s educational institutions have 185,000 students including 14 civil universities in Mexico, Italy, Spain, Chile and the United States, and 154 schools (31 of which are Mano Amiga schools for children from marginalized areas of Mexico, Chile, Argentina, the Philippines, Venezuela, Colombia and Brazil). In addition, Regnum Christi directs the Pontifical Athenaeum Regina Apostolorum, the John Paul II Institute for the Family in Mexico, the Pontifical International College Maria Mater Ecclesiae in Rome and the Maria Mater Ecclesiae Seminary in Brazil.