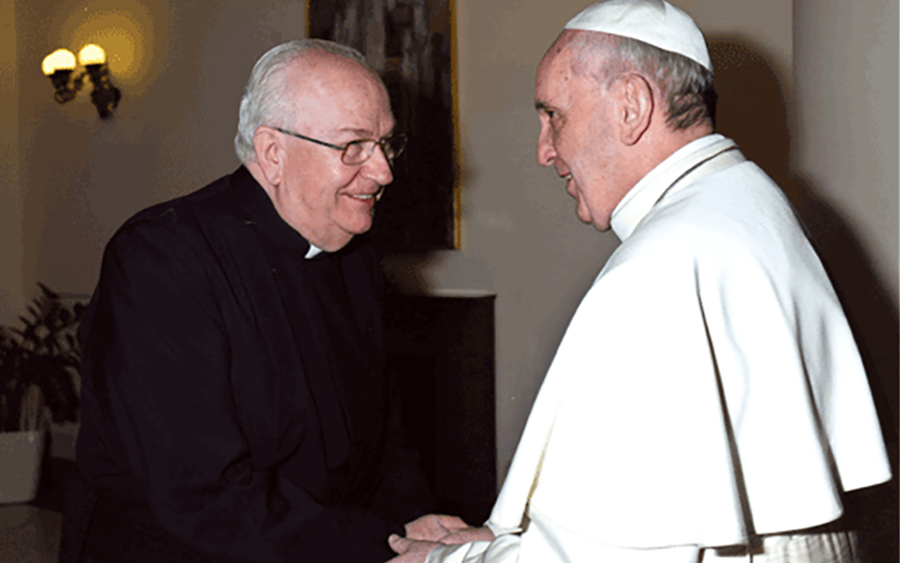 On September 7th, 2021, the Press Office of the Holy See announced the appointment of Mons. Fernando Vérgez Alzaga, LC, as President of the Pontifical Commission of the Vatican City State and President of the Governorate of Vatican City State. Mons. Fernando Vérgez has already been serving as Secretary General of the Governorate since August of 2013. On November 15th of the same year Pope Francis ordained him a bishop in St. Peter’s Basilica.

Born in Salamanca, Spain, on March 1st, 1945, Mons. Vérgez was ordained a priest of the Legionaries of Christ on November 26th, 1969. He began his service to the Holy See on August 1st, 1972, in what was then the Congregation for Religious and Secular Institutes, where he was later the personal secretary of the prefect, Cardinal Eduardo Pironio.  In 1984, Pope St. John Paul II named Cardinal Pironio as prefect of the Pontifical Council for the Laity and Fr. Fernando Vérgez continued working in the service of the cardinal in that dicastery. In June of 2004, he was appointed as the head of the Holy See’s Department of the Internet, a role that he filled until 2008 when he was named head of the Directorate of Telecommunications and Information Systems of the Vatican City State. On August 30th, 2013, Pope Francis named him Secretary General of the Governorate and on September 8th, 2021, he received the assignment of president.

Mons. Fernando Vérgez has served the Holy See for nearly 50 years through five pontificates. He accepted this new appointment by making his own the words he spoke in his first mass as bishop on November 16th, 2013, “It comforts me to know that it is God who calls, God who sends, his love is at the beginning of all things.” On receiving the news of his appointment, Fr. John Connor, LC, general director of the Legionaries of Christ, said, “Mons. Vérgez has worn himself out with generous self-giving in the service of the Church throughout all these years. Accepting this new responsibility is another example of his availability, which fills us with joy.”