“This is one big conference hall!” Br Eleazar and I wandered through the vast sea of chairs, looking for just the right spot… as if there could be a wrong place to sit waiting for Jesus. We took our places before the 5pm arrival Mass at SEEK 2017, and couldn’t help gawking around at all the groups of people chatting and waving university flags. “This is just like World Youth Day,” I thought as I marvelled at all the excited, happy faces around me. “What school are you from? How long was the bus ride? How big is your group?” These were the endlessly repeated questions as guys and girls from all over the country giddy and nervous with expectation tried to get into the conference spirit (see exciting kayak photo above!). We were here for an adventure, to grow in our Catholic faith, but a lot of work still had to be done before we could overcome our fears and call the stranger next to us “brother” or “sister” in Christ.

Archbishop Gustavo of San Antonio gave the homily, and his fiery challenge is still ringing in my ears: “¿Qué te mueve? What moves you?” Although I don’t remember his exact words other than that provocative, 3-word question he repeated over and over, his message has stayed with me. Again and again he shouted to us, his voice nearly breaking with urgency, “Dear young people, you are here to seek. What is it that draws you here? What makes you who you are? Why do you do what you do? WHAT MOVES YOU? ¿QUÉ TE MUEVE?” And none of us could ignore the question.

I’m still grappling with that question, and indeed, the whole conference. Why did God want me to be in San Antonio during these days? What did he want to show me? Br Eleazar and I, along with Fr Daren Weisbrod, Fr Edward Hopkins, and Fr Edward Bentley, spent bunches of time at our vocation booth. We met all sorts of people, from young men interested in the vocation, to relatives and friends (e.g. Fr Diego Arregui’s cousin, Fr Jeremy Lambert’s brother, Br William Schmitz’s cousin…), to fellow religious, to ring-pop-stealing freshman girls. Everyone had their reason for stopping by, and no one denied that we had the best candy in the house. Sure, all that’s true, but this whole SEEK thing, FOCUS in general, or more essentially, Jesus in my life; what was it all about?

We worked hard, and met as many people as we could. Nothing to be ashamed of either, since about 90 young men put down their email address in order to get more info from us (…and also to enter a raffle for a $150 gift card…). I’m pretty certain myself that at least one or two of them will be Legionary priests one day; God has his ways, and so we try to cooperate. I think I can say that in a way our success at the booth moved me. Here we were, with dozens of other religious congregations, putting our charism on full display so that the Holy Spirit could do his work in the hearts of these young ladies and gentlemen. Had we not shouted in unison the day before during the Mass with Bishop Gustavo his episcopal motto: “Ven Holy Spirit ven”? But there was something still to come that would move me more deeply.

On Wednesday, the young people were just getting into the swing of things. I think we all felt more at ease, each one having found the bed were he would sleep the rest of the week, and having linked up with any stragglers of the traveling group, etc. The housekeeping details out of the way, we could now really start SEEKing… and tweeting! So let the talks begin.

Lisa Cotter addressed the ladies (some 6 or 7 thousand of them, one supposes) on “real womanhood,” while Fr Josh Johnson took the men aside to speak about the masculine identity rooted in Christ. Right away, the praises came flooding via Twitter through the TV’s posted throughout the conference center: “OMG, Lisa Cotter is my new best friend!!!” or “Only Christ can satisfy a man’s heart for love and adventure,” or “Selfie with my 12,999 friends J” or other posts of the like. The Spirit was moving, and we were responding.

In the afternoon, breakout sessions of smaller talks took place, the chief drawback of which is that one had to choose to go to only one amazing talk and skip eight other amazing talks going on at the same time. Jason and Crystalina Evert, Lou Holtz, Sr Bethany Madonna, Fr Mike Schmitz, FOCUS-founder Curtis Martin, Archbishop Chaput, Ryan Anderson, Scott Hahn, Fr Robert Sirico: it was a veritable Catholic smorgasbord! The name of Jesus was everywhere. Praise and worship music filtered through the air and into our hearts. We all began to see that we are not alone. Young people from all over the country are here because they want to be Catholic. Because Jesus Christ is who moves them! People from different schools met each other and found they had a lot in common. Ideas were exchanged about how to live our faith on campus. Courage waxed and fears were blasted to pieces. “More, more, we want more!” Talk after talk, everyone had so many questions! There were speakers on religious liberty, discernment in prayer, the bible and evolution, Pope Francis, the sacrament of reconciliation, same-sex attraction, marriage, friendship, you name it. Everything young Catholics have questions about…even recreational marijuana!

The conference became a call to personal conversion. “If these speakers have experienced the dark side of sin, and become the beautiful people they are today, then why not me?” Right on cue, Jesus came to meet us on Thursday night through adoration and confessions. And I mean lots of confessions. 350 priests were absolving for about 3 hours. The lines crowding the 183,712-square-foot conference hall became so long and winding that, no kidding, they even interrupted the praise and worship during adoration to make an announcement over the PA: “Please refrain for a little while from getting into line for confession. The Fire Marshall has told us that the lines are becoming a fire hazard.” And true to form, someone whipped out their cell phone and shot off a tweet: “You know you’re in the right place when the confession line becomes a fire hazard!” That really moved me.

By Friday, joy and in many cases a bit of euphoria were on the rise. Hugs were flying, smiles ubiquitous, graces flowing. Another round of Mass, talks, and conferences was ratcheting up the tension on our spiritual longbow, if you will permit the image, to which was only lacking the final release to let the arrow of apostleship fly. The kids had had tons of fun: live music, indoor scavenger hunt (let me remind you once again that the conference center was REALLY big), and an 80’s dance party, and it was all leading toward creating those bonds of friendship with Jesus and one another that we would all take back to our campuses. Yet trepidation showed its fearsome head, as we all knew we would have to go back home different, despite the fact that our individual circumstances had most likely not changed a whit during our short conference in the city of Saint Anthony of Padua.

Yet, if it is true that we could not expect others to change -our friends and family and co-workers and fellow students- isn’t it also true that we can change? Isn’t it possible that 4 days in San Antonio, SEEKing Christ, FOCUSing on the essential, could leave us changed? Isn’t that precisely what Bishop Gustavo was getting at? We have to know what MOVES us in the right direction, and then let ourselves be moved! The Holy Spirit has come, and he has come with a message for each one of us, for every young man and young woman present. He even came for me, and what he said goes a little something like this:

One, I can’t wait to be a priest! I have to form myself and prepare for that big moment when I too will be able to be a minister of God’s mercy in confession. That will assuredly be an unforgettable experience when it comes. Two, I need a little more song in my soul. I want to praise the Lord at all times, both by what I say and by what I do…and by what I sing! It’s the simple path of joy, simplicity, humility, gratitude, and praise that will make saints of us. I don’t want to be ashamed to have the name of Jesus on my lips. Three, the future is very bright. FOCUS was founded only in 1998, and now with 500+ missionaries on 125 campuses, they’re game-changers in the realm of American evangelization. Young people can be and in fact are moved by Jesus Christ.

Our mission as Legionaries and their mission as FOCUS align very nicely in that we want to support the Church 100% through the formation of missionary apostles. And by the end of the week, we felt united as a family, brothers and sisters in the Lord. Yet many young people still had that question of the first disciples in their heart, “Master, where are you staying?” With our mere presence, we proclaimed, “Come and see.” If we seek, we will find. And what we found last week did not leave us unmoved. 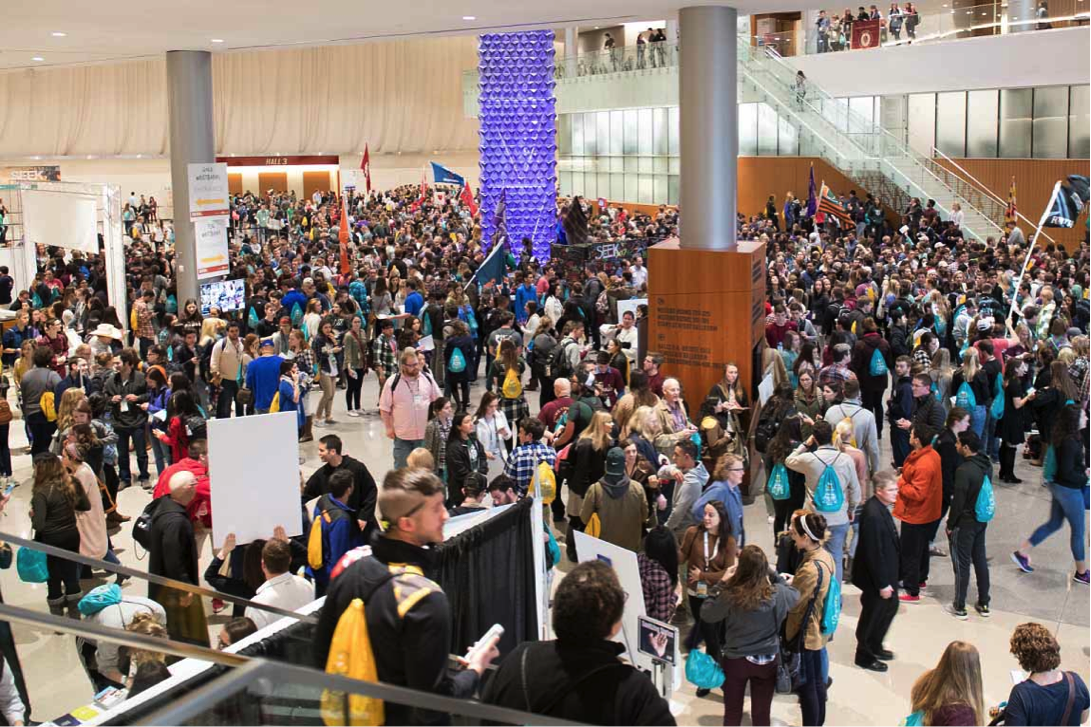