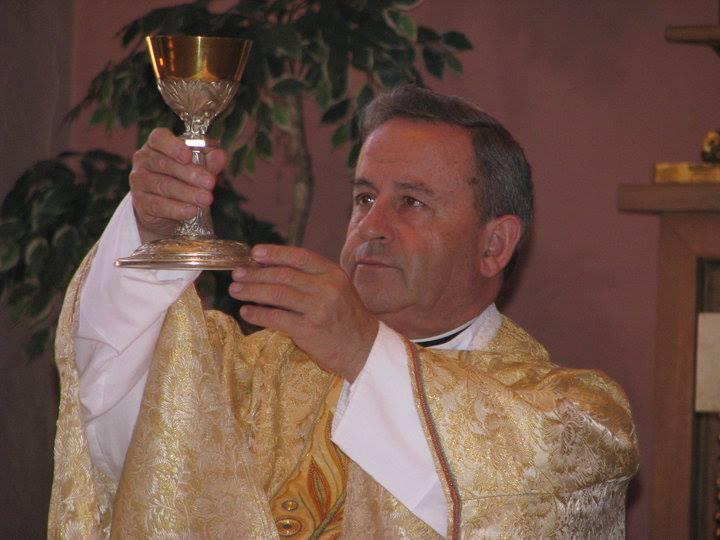 Father Mariano de Blas, LC, a native of San Bartolomé de Pinares, a Spanish town located in the province of Ávila, will celebrate 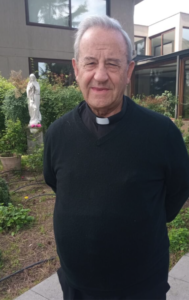 the 50th anniversary of his priesthood on December 24th, 2022. He was born to a Catholic family where he was raised with five other brothers and a sister. His current mission is to support the mens’ sections of Las Condes and La Dehesa, in Santiago, Chile.

During his almost five decades of priesthood he has carried out different missions, the vast majority in Mexico, with 9 years in the United States. He he has been a missionary pastor in Chutumal, Mexico; director of the girls section in Mexico City, chaplain of the Consecrated Women in Mexico City; director of the men’s sections of Saltillo, Monterrey, and Guadalajara, Mexico; coordinator of apostolate; director of the CEYCA school; superior and director of lthe mens’and womens’sections of San Luis Potosí, and chaplain of the Andes de Potosí school;  chaplain to the women’s sections in Piedras Negras and Nuevo Laredo, and chaplain of one of the three Mano Amiga schools in Monterrey.

How did you meet Regnum Christi and the Legionaries of Christ?
I joined the Legion at the age of 10 and discovered my vocation through a bunch of little flowers. I was walking down a small street in my town and suddenly I saw a boy, about 12 years old, who was playing a game of acting out a story about souls that go to heaven. He had a lot of flowers, and he was putting them in a little stream that represented life. At the end of the stream, two puddles represented “heaven and hell.” There were some flowers that went to heaven and everyone clapped, and others went to hell and the missionaries would get serious. I immediately joined in the game. Once we all returned to our homes, I began to think about how I could make all those souls, flowers, go to heaven and the answer was to be a priest. That’s how I discovered my vocation.

Was your discernment process very difficult?
It wasn’t hard at all, on the contrary, I felt like the happiest child in the world.

And now after so many years, I continue to participate in acting out the same story, except now the flowers are actual souls, those who listen to the radio, and those I have served in Mexico and now in Chile.

What attracted you to Regnum Christi?

Well, I wanted to be a priest, to save souls, but I didn’t know the Legionaries. It was in the Apostolic School, that I fell in love with the Legion and Regnum Christi. Regnum Christi was born when I was studying theology in Rome. I was attracted by its spirituality, its great works, the love for the Pope, the love for Christ and Mary.

Relationship with Chile
At the end of the 1970s, while he was living his mission as director of the girls’ section in Mexico City, Fr. Mariano began to visit Chile with the idea of sharing the RC charism with young women. Everything arose from the interest of Paca Rodríguez, a Chilean who had lived in Mexico, and who upon returning to Chile began to share her experience of Regnum Christi in Mexico with her schoolmates.   “God intervened because He wanted this movement to start in this country,” he says. When one of the girls from Mexico came to Chile to help, he explains, they put up a map of Chile covered in pieces of paper with goals to reach, which on their return had to be empty, each goal completed. “Regnum Christi transforms people.”

In July of 1978, the first young women joined Regnum Christi in Chile, and then in December of that year a larger group of 29 students from the Villa María School. The ceremony was in San Francisco de Mostazal.

His foray into the media

Father Mariano has been at Guadalupe Radio for 18 years, where he currently has the program “La alegría de vivir,” (The Joy of Living) in which he reflects on the Catholic faith and its link to love. In addition, he has written 19 books, and published  many cds and podcasts. He came to the world of media by making TV programs in Saltillo, Mexico, which he later brought to Guadalajara and Monterrey.

You have had a program on Radio Guadalupe for 18 years, what role do you see the media having in the evangelization of society?
It has a large role. In Los Angeles I saw thousands of people who converted and came to the sacraments, people who recovered their love for the Catholic faith, for their marriages, and even learned to live their faith with joy. I think it’s the apostolate that brings together the most people: all the way from Tijuana to San Diego, and from the north as far as San Jose.

Do you have any new projects lined up?
I’m going to write a new book called “Characters of the Bible,” in which I have them talk about their own lives and apply their testimonies to ours. I will also continue with the programs on Guadalupe Radio, and I plan to bring some books published in Los Angeles to sell them here in Chile.

Where can people listen to your program
You can download the Guadalupe Radio App (or the RC English App) from Google Play or App Store. Another alternative is from their website: www.guadaluperadio.com.