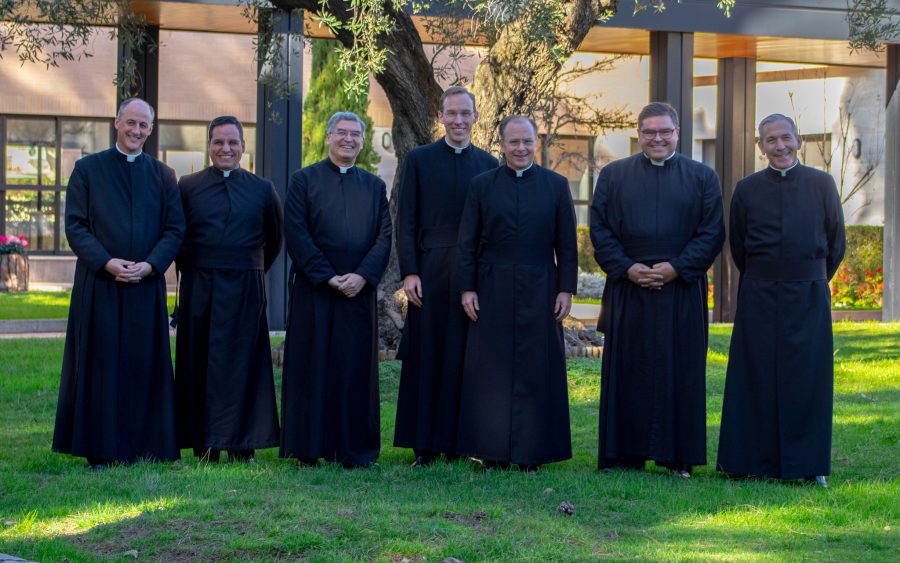 In these past days the chapter fathers spent time in prayer, and in communal and personal discernment for electing the priests who would form the new general government of the Legionaries of Christ from 2020-2026. The voting to elect the superior general, the six general councilors, and the general administrator of the Congregation took place between February 6-8.

Father John Connor, LC, was elected superior general of the Congregation on February 6. The next day Father John presided the Eucharistic celebration with the rest of the chapter fathers. During the homily he spoke of the importance of giving a good example and of being spiritual fathers for our brothers, especially in difficult times. Based on the readings and Gospel of the day, he cited the examples of David and of John the Baptist: if we let the Holy Spirit use “everything that He has given us, He will multiply what has been given; not only for ourselves, but also for our brothers. We need each other.” And he added, “I need your good example, which helps me to persevere. It is a very simple thing in life, but very important.”

The new general government of the Legionaries of Christ is made up of priests from four countries (United States, Mexico, Chile, and Spain). Additional information is available about each priest and their responsibilities at this link.