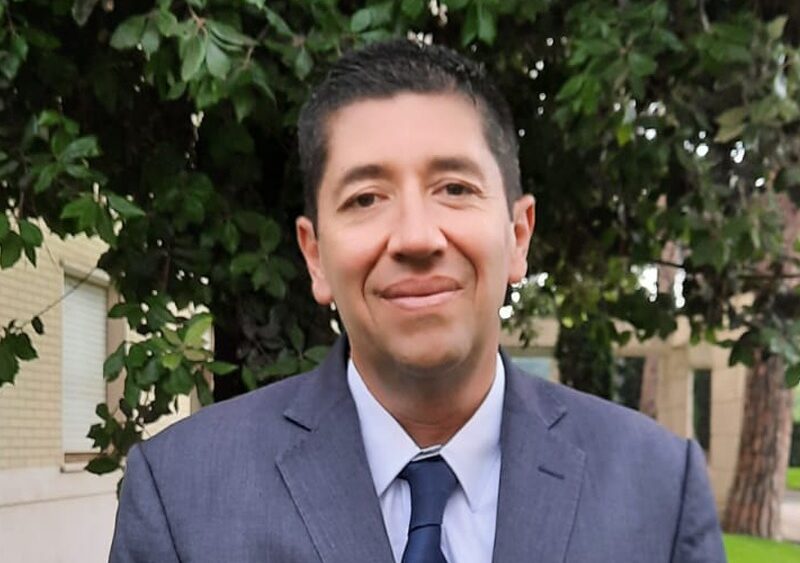 On September 8, the official announcement was made that Juan Camilo Díaz Bohórquez has been named as the new Director of Communications for the Legionaries of Christ, and that he will begin his position on October 1st, 2022. Juan Camilo is originally from Colombia, He is a social communicator and journalist, with a Master’s Degree in Education and Human Development. He holds a diploma in Strategic Communication from the University of La Sabana (Colombia) with further studies in media analysis, digital culture, and Church communication at the Pontifical University of Santa Croce (Italy).

In his new role, Juan Camilo replaces Fr. Aaron Smith, LC who was the Legionaries’ Director of Communications since 2017. Fr. Aaron will continue as Director of Regnum Christi’s International Communications Office. Fr. John Connor, LC, general director of the Legionaries of Christ, thanked him for having put “his talents and his priestly ministry at the service of this delicate task and the people who in the various territories collaborate with us in the field of institutional communication.”

Juan Camilo, new Director of Communications for the Legionaries of Christ. Tell us, who is Juan Camilo?

I am a social communicator and journalist, with a master’s degree in education and social development, in addition to several studies in strategic communications, digital culture, reputation, and media crisis management. In recent years I was involved with communications for the University of La Sabana in Colombia, in their Master’s Degree in Theology program, responsible for the subject of “Communication of the Faith”; and at the Instituto de La Familia, where I served as a strategic communications advisor. In addition, I have advised public and private organizations on matters related to communication. On another note, I was responsible for the Communications Directorate of the Episcopal Conference of Colombia (CEC) for the visit of Pope Francis to my country in 2017, and since that time I have advised both the CEC and several dioceses and archdioceses in the management of institutional communication and faith.

In the last 12 years, the position of Communications Director of the Legionaries of Christ has been occupied by a priest. How do you see this paradigm shift? And how do you see the challenge, in general, when the laity in the Church put their talents at the service of a mission such as the direction of communications in a religious congregation?

The first thing is to recognize the important contribution that priests make in different fields: pastoral, evangelization, social, among others. And there are other contributions to very defined fronts as is the case in the communications of both the Church, in general, and the different congregations and ecclesiastical movements. A lay person assuming the helm of the communications of the Legionaries is not only in line with what Pope Francis proposed when highlighting our importance in the life and actions of the Church, but it represents an enormous challenge since it implies offering a professional, integrated, and balanced look from our lay reality. And this means, and I see it from my particularity as a professional lay person, putting my knowledge at the service of the Congregation and know the history, identity, and institutional objectives of the Legionaries very well in order to communicate them well for the good of the Congregation throughout the world, and the Church.

The Legionaries of Christ are part of a larger reality that is Regnum Christi. How do you see the relationship between Legionaries and the other vocations within Regnum Christi? As a communicator, what would you like to contribute in this regard?

Making it clear that I must take time to study this more deeply to understand this reality more thoroughly, in principle I believe that communication must show unity, that sense of missionality whose central axis is Christ himself and which characterizes the entire spiritual family of Regnum Christi, of which the Legionaries of Christ are part.

The Legion has gone through a process of renewal, and its communication in recent years has been marked by the pain of abuse. From a communications perspective  and from your experience, how do you see this issue of the communication of abuse in the Church?

This is a sensitive issue, no doubt. I believe that the Legionaries have made significant progress in recent years in terms of transparency, and to address this issue thoroughly. It is necessary to continue what has been started with determination, in compliance with the public commitments made and with a particular sensitivity for the victims and all those who have suffered so much because of the abuses.

From the point of view of communications, I believe that charity and truthfulness are the keys. Charity, since it is our duty as a Congregation and in the Church to accompany the victims and their families, and to do everything in our power so that these terrible crimes are not repeated. And truthfulness as a credibility factor that heals. The communications must comply with those keys in their entirety, whether in writing, video or in a message through social networks.  That’s how it should be, and it will be.

You will also be part of an international team of Regnum Christi Communication Directors from various parts of the world. What would you like to contribute from your experience and talents?

I would like to promise to work as a team, to jointly seek to develop and strengthen strategic lines of communication that will help us continue to communicate who we are, our activities, and our contributions to the Church and the world.

And broadly speaking, what challenges do you see in this position of director of communication? What excites you?

The challenge is to live up to the trust placed in me by the Legionaries of Christ. The step of being a lay person who directs communications implies responsibility, prudence, creativity, and humility. As for what excites me, basically it is to properly serve the Congregation for the good of the Church.