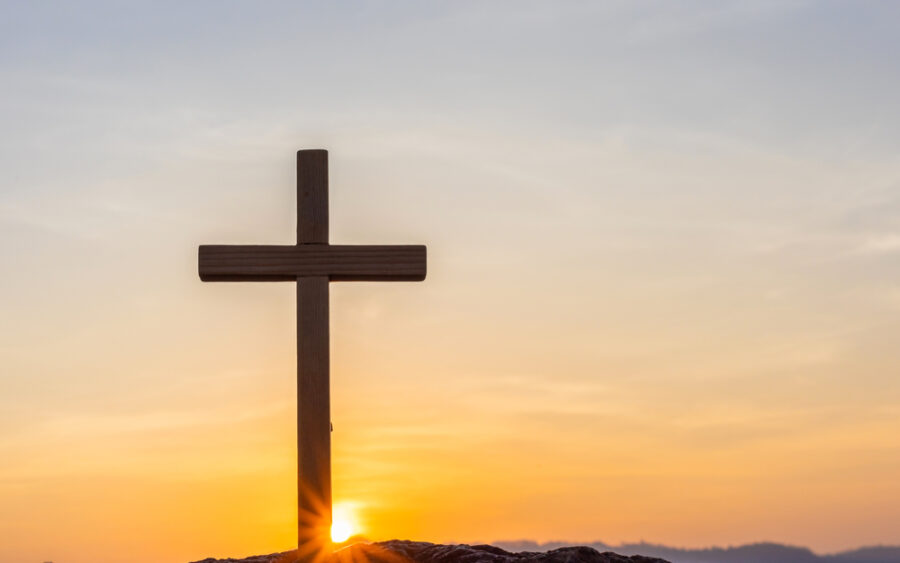 “I believe that we can never apologize enough to the victims who have suffered abuse at the hands of one of my Legionary brothers. I am sorry for the actions of my fellow priests, the suffering inflicted upon victims, and for our poor handling of abuse allegations throughout our history.”- Fr. John Connor, LC, January 22, 2020

Fr. John Connor, LC, wrote those words to members of Regnum Christi as territorial director of the Legionaries of Christ for the North American Territory, shortly before being elected the superior general of the Congregation. In many ways, those words marked the Congregation’s state of mind and heart after more than a decade of coming to terms with its history of abuse.

The same General Chapter that elected Fr. Connor to lead the Congregation also pondered the landmark document “Report 1941-2019 on the Phenomenon of Sexual Abuse of Minors in the Congregation of the Legionaries of Christ from its Founding to the Present Day.”

In recent years, there has been a growing awareness in the Church, in society, and in the Congregation of the Legionaries of Christ concerning the phenomenon of sexual abuse by priests, its causes, and the serious consequences for the victims. At the end of his meeting in Rome with the presidents of the bishops’ conferences from around the world, Pope Francis recognized that “the universality of this plague, while confirming its grave effect on all of society, in no way lessens its atrociousness when it takes place within the Church,” and neither does it diminish its atrociousness within the Legionaries of Christ.

As the Pope emphasized, a single case would merit being addressed with the greatest seriousness. For the Legionaries of Christ, coming to terms with the past and committing to healing, prevention, and purification has become essential to a continued ability to serve the Church.

In the 2014 General Chapter, the Legionaries of Christ highlighted the need to reach out to victims and seek reconciliation. Since then, they have focused on those tasks as well as the prevention of abuses and dealing with accusations. At the beginning of 2019, they revised the global standards of accreditation for safe environments to be implemented by each territory. The standards focus on prevention, response, and supervision.

In 2019, the general director clearly noted the need to address the cases of sexual abuse of minors committed prior to the implementation of the “Safe Environment Policy,” with greater depth, fairness, rapidity, and resoluteness. An internal  commission prepared the “Report 1941-2019” by drawing on information and collaboration from relevant governmental departments of the Congregation, conducting interviews to clarify cases from the past, and accessing archives to better understand the phenomenon of abuse of minors and promoting reconciliation with those affected.

On February 26, 2020, the General Chapter of the Legionaries of Christ released several documents after weeks of reflection and discussions about the history of abuse in the Congregation and the “Report 1941-2019.”

As the new General Director, Fr. John reiterated that “Facing our history with determination and helping victims heal is part of our mission. The renewal through which the Holy See led us in past years prepared us to take responsibility for the consequences of our history. Now, aware of what we have learned, we are determined to keep taking decisive steps down this path. There is no turning back.”

The General Chapter published the documents “Conversion and Reparation” and “Protect and Heal.” Their message of healing, prevention, and purification was clear, and included:

What is significant about the documents produced by the chapter is that they go far beyond good intentions, directing territories to take specific actions regarding healing, prevention, and purification. “Protect and Heal” outlines 60 specific directives that have been, or will be, addressed by the North American Territory.

“The work to heal, prevent, and purify is at the very core of our mission today,” said Fr. Shawn Aaron, LC, territorial director for the North American territory. “This work relies on complete transparency in everything we do.”

In the short term, the territory will continue to implement #27: “The appropriate bodies of the Legion of Christ will inform its members and the public of proven cases of sexual abuse committed by any of its members within the limits imposed by civil law and respecting the good name of the persons involved. At the local level, special attention will be given to persons, communities, or institutions directly affected by cases of sexual abuse.”

The territory will also continue to implement “Protect and Heal” #28: “The Legion of Christ will regularly update, on a general and territorial level, the published reports on the abuses perpetrated by any of its members, observing the applicable civil laws, specifically the laws and norms on the privacy of information.”

Sacred Heart Apostolic School in Rolling Prairie, Indiana, is a high school seminary where young men can discern their vocation to the priesthood. Its rector, Fr. Thomas Murphy, LC, reflects on the school’s commitment to safe environments:

Fr. Timothy Walsh, LC, rector at the Legionaries of Christ’s Novitiate and College of Humanities, describes the safe environments commitment of the institution he leads:

“The Legionaries of Christ Novitiate and College of Humanities in Cheshire is committed to providing an atmosphere of trust and respect for each religious where he feels safe and experiences God’s love for him. We strive to help form in each seminarian the awareness of the challenges a priest in today’s world faces as a key element to what the Church needs. We are all fully committed to living out our Code of Conduct.”

Today, anyone who has a concern about the conduct of a Legionary or who wants more information about the Congregation’s past, as well as their commitment to the future, can contact the Legionaries or access resources on the Child & Youth Protection section of their website.

Kristin Austin has been working with the Legionaries of Christ as the pastoral care advocate (formally victim assistance coordinator) since March 2020. Nikki Hittle is the newly appointed safe environment coordinator for the Congregation as of November 2020. They are the first ever Safe Environment Team of lay people for the Legionaries of Christ in the North American Territory. “As the pastoral care advocate, I hope to promote God’s love and grace by being a truly compassionate first contact for victims/survivors offering them the chance to share their individual truth,” Austin said. “I document allegations with an open and non-judgmental manner that begins a relationship of pastoral care. It is vital for me to validate each person’s experience and facilitate the first steps toward the healing of any trauma and fractured faith.”

As the safe environment coordinator, Nikki Hittle ensures effective systems and procedures are in place for facilitating the opportunity for justice to prevail, and for promoting the creation of healthy environments that allow priests and laity to thrive. Essentially, it is Nikki’s role to meet the needs of all who are involved by ensuring that activities run by the Congregation occur in a safe environment. Nikki works on behalf of the following:

“The Safe Environment Team aspires to prevent trauma, effectively respond to allegations, and pastorally intervene with all those involved in the situation,” Nikki Hittle said. “Our work is guided by the Congregation’s Code of Conduct as well as the safety standards set forth by Praesidium to maintain our accreditation for a safe environment.”

Below is the contact information for the Safe Environments Team.

* as of April 25, 2022, Abby Saunders replaced Kristin Austin as the new Program Coordinator for Pastoral Care