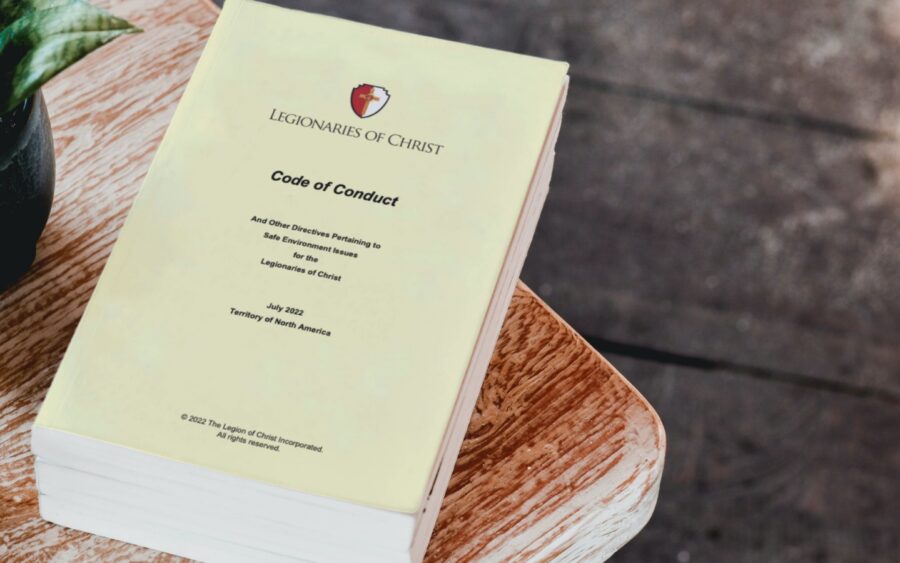 As part of the Congregation’s ongoing commitment to help victims heal, prevent future abuses, and continue with the ongoing purification within the Congregation the Legionaries of Christ in the North American Territory have revised the Code of Conduct.

On July 1, 2022 Father Shawn Aaron, North American territorial director of the Legionaries of Christ, promulgated a revised Code of Conduct. It was a fruit of a two-year effort that included consultation with safe environment experts, canonists, the Consecrated Women of Regnum Christi, other members of the Regnum Christi Federation, and much input from Legionaries across the North American Territory.

In his letter to Legionaries announcing its approval, Father Aaron remarked that in this updated version, “the safety of young people continues to be of paramount importance.” He added that it also includes “deeper descriptions of adult boundaries, canonical procedures, and other additions….” The director of safe environment for the Legionaries of Christ here in the North American territory, Ms. Nikki Hittle, and the program coordinator for pastoral care, Ms. Abby Saunders, developed an implementation guide for Legionary superiors to help their communities assimilate the revised Code of Conduct and apply it to the concrete circumstances of their apostolates.

When asked about the availability of the Code of Conduct for the public, Father Aaron commented, “If the people we serve are aware of the standards we strive to uphold, their feedback will contribute towards us being better priests and Legionaries of Christ.”

A PDF of the Code of Conduct is available HERE.