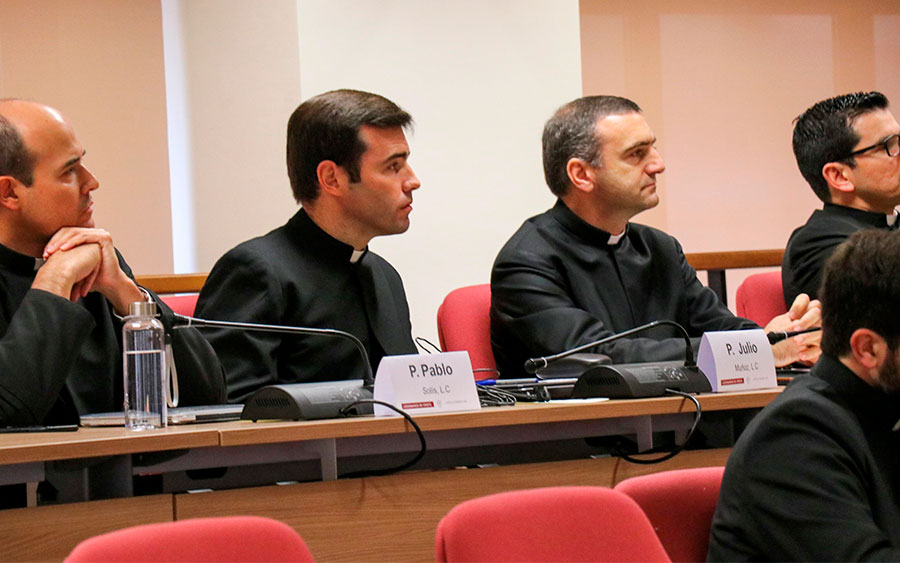 This Monday, January 20th, marks the beginning of the 2020 Ordinary General Chapter of the Legionaries of Christ. The General Chapter has three primary tasks: evaluate the last six years of governance, analyze the challenges and goals of its evangelizing mission in communion with the Church, and elect a general government able to pursue the priorities set for the next six years.

According to canon law the General Chapter is the supreme authority in a religious congregation. In the case of the Legionaries of Christ, the General Chapter is convoked every six years, according to the Constitutions approved by the Holy See in 2014 as part of the renewal of the Legion carried out with the help of the Church. The General Chapter’s duty is to elect the general government and to address the most important matters pertaining to the mission and identity of the congregation. Its decisions affect all Legionaries of Christ.

Review of the last six years

Father Eduardo Robles-Gil, LC, the current General Director, will be held accountable by the current Chapter for the mandates he received from the 2014 General Chapter. Of particular importance are the mandates that the Congregation begin living and exercising authority according to the new Constitutions, elaborate a ratio formationis to renew the Legionary formation process, implement safe environment policies for the care and protection of minors, and establish a canonical configuration for the whole of Regnum Christi under the guidance of the pontifical assistant Father Gianfranco Ghirlanda, SJ.

Election of a new government

The Chapter itself is sovereign, setting its own agenda of topics to analyze and determining its working calendar. Nevertheless, some of the principal topics are the apostolic mission of the Congregation in relation to the other vocations of Regnum Christi, the formation of seminarians; advances in support of victims of sexual abuse; possible coverup, negligence or omission in relation to past abuse; the living of poverty in the Congregation; community life; vocational ministry; the formation of seminarians; and religious discipline in general.

The official website is: https://legionariosdecristo.org/capitulo2020. It will offer brief daily updates, press photos, and official communications and videos.

In total 66 Legionary priests with voice and vote will participate, of which 18 participate by office and 48 were elected. The chapter fathers represent the nine territories (Chile-Argentina, Brazil, North America, Spain, Western and Central Europe, Italy, Mexico, Monterrey, Columbia-Venezuela) and the delegation of Rome and the Holy Land. The average age of the chapter fathers is 51. The oldest is 72, and the youngest 36. Of the 66, 12 are participating for the first time. (List of participants).

Participation of 2020 chapter fathers in prior general chapters

Legionaries of Christ and Consecrated Members of Regnum Christi Prepare for General Chapter and Assemblies, January 9, 2020