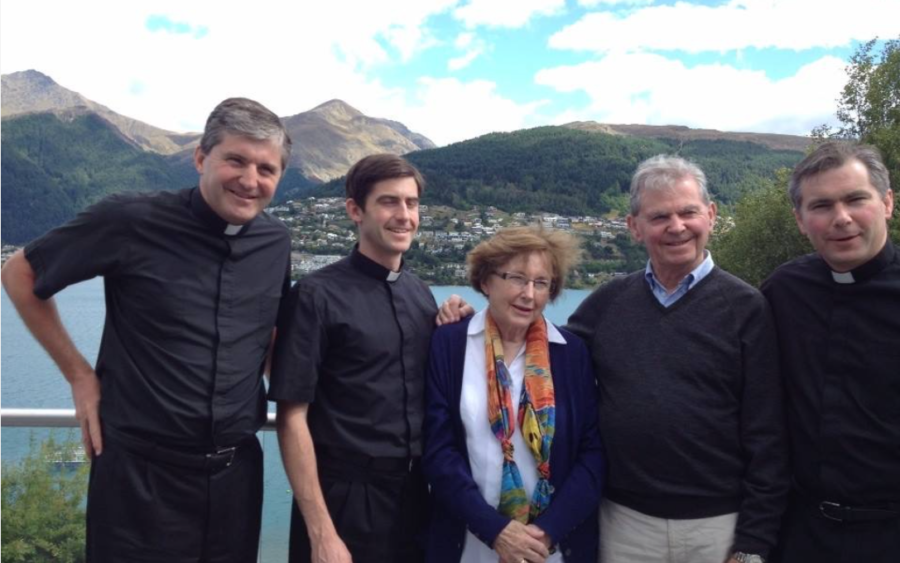 Very early on Christmas morning, Michael Devereux passed away in his hometown of Dunedin, New Zealand. Father of seven sons, including three priests of the Legionaries of Christ, Michael was a devoted husband and father who leaves behind a family legacy of faithful and generous service to the Church and Regnum Christi.

Michael Devereux was born in Dunedin into a strong Catholic family. The second of five children, Michael grew up close to the family’s parish of St. Mary’s, Kaikorai, where he served as an altar boy, and fellow parishioners and the local priests were frequent visitors to their home. The presence of God was a constant reality in the Devereux family – they prayed together daily, and the Mass and the Sacraments were integral in their lives.

Steeped in the Catholic faith, Michael grew up knowing that God loved him with a personal, intimate, infinite love, and his faith grew stronger year by year. By the time he was in his early twenties, he had finished his formal studies and was working as an accountant, and he was ready to settle down and start a family. Because he had a great devotion to Our Lady of Perpetual Succor, Michael asked for her intercession in finding a wife, and Our Lady wasted no time – Michael soon met his wife, Marie, at a tennis tournament in Christchurch, and by the end of the weekend, the two were already “informally” engaged. Michael and Marie were married before the end of the following year, in 1959, in Wellington, New Zealand.

Michael passed on that atmosphere of faith in which he was raised to his own family – he and Marie had seven children in total, all boys! Says one of Michael’s sons, Andy, “My parents had a sense of mission raising their family in the Catholic faith and tradition, balanced with providing opportunities for their sons in education, sport, and later on, travel abroad. They wanted us to have the opportunity to engage with the Universal Church and experience its Catholicity through its history, art, culture, and most importantly, through the Vicar of Christ.”

And Michael and Marie’s mission to raise their sons with a deep understanding and a profound love of their Catholic faith soon began to bear fruit. In 1985, their fourth son, Peter, approached them with the news that he felt a call to the priesthood. Father George Duggan, who was serving at St. Patrick’s College, Silverstream, the boarding school that many of Michael’s sons attended, passed on the name of a missionary priest who had just come to New Zealand and who might be able to help Peter with his discernment process. That priest was Fr. Anthony Bannon, LC, and after some discussion and planning, Michael and Marie travelled with Peter and his younger brother, Matthew, to visit the novitiate of the Legionaries of Christ in Cheshire, Connecticut, and then on to Rome to meet the Legionary community there. The trip – and the Legionaries of Christ – had an enormous impact on the family, and two years later, in 1987, Peter began his studies to become a Legionary priest. 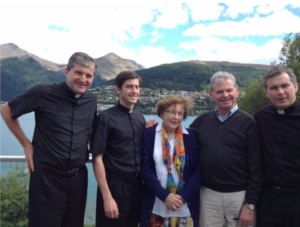 Michael and Marie were thrilled at the prospect of having a priest in their family, and began to learn more about the order to which Peter had been called. After visiting Peter several times – often with some of their other sons in tow – and witnessing his joy in his vocation, they decided to become members of Regnum Christi themselves, and were incorporated in Rome in 1991 during the 50th anniversary of the Legionaries of Christ. That same year, their son, Matthew, who had accompanied them on that first trip with Peter to meet the Legionaries of Christ, decided to join the order as well, and in 1997, their youngest son, Simon, followed! Peter was ordained a Legionary priest in the year 2000, Matthew in 2004, and Simon in 2010. Father Peter is currently serving in Raleigh, North Carolina; Father Matthew is in Krakow, Poland; and Father Simon is in San Jose, California.

Throughout his life, Michael, along with his wife, Marie, worked to establish Regnum Christi in New Zealand and Australia. The couple sponsored the road teams of Legionary priests and Consecrated Women that would make the annual trip Downunder to offer spiritual guidance and accompaniment, and to establish and develop the Regnum Christi section in the cities of Sydney, Melbourne, and Adelaide in Australia and in Auckland and Dunedin in New Zealand. One of the highlights of Regnum Christi’s presence in Australasia was the Youth & Family Encounter held in Sydney, followed by World Youth Day, in 2008. 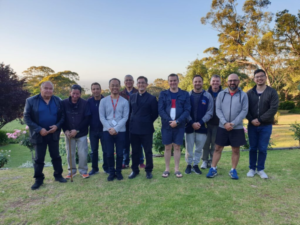 Over the years, Michael and Marie sponsored many young men and women to travel to the United States and Europe so that they, too, could experience the charism of Regnum Christi, and further supported these individuals in their various academic and apostolic endeavors. Through the couple’s help and encouragement, many initiatives were established in New Zealand, including retreats led by Legionaries of Christ and Consecrated Women of Regnum Christi, various youth camps, and regular Eucharistic Adoration in their hometown of Dunedin. Although the Legionary community that was originally formed in Toowoomba, Australia, is now closed, there are still many RC members in Australia and New Zealand who are committed to living out the charism of Regnum Christi in their families, their parishes, and their communities. Father Simon Cleary, LC, who is currently based in the Philippines, serves as their chaplain. 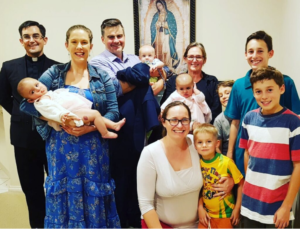 Today, many people from New Zealand and Australia can attribute their vocations – to the priesthood, to the consecrated life, and to a lay life committed to service and charity – to the quiet testimony and generosity of Michael and Marie, who, despite all obstacles, worked diligently to share the charism of Regnum Christi Downunder, with constant prayer and trust in God’s guidance. Their son, Andy, who hopes to carry on his father’s legacy of faith and mission, sees promise for the future of Regnum Christi Downunder, and expects that new digital opportunities for virtual Encounters and formative talks will allow the Regnum Christi spirit of faith and apostolate that his parents established in New Zealand and Australia to live on.