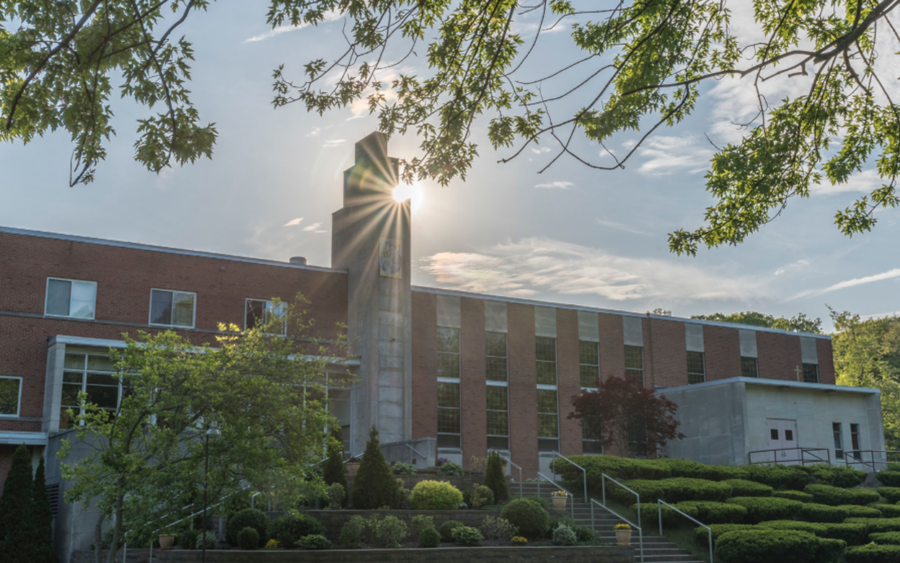 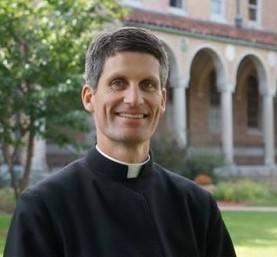 As he arrives at the seminary in Cheshire to assume his new role as rector of the Legionaries of Christ’s Novitiate and College of Humanities, Fr. Timothy Walsh, LC, brings a robust wealth of wisdom gained from personal experience.  After growing up in a Catholic family in Cornwall, Ontario, Canada, he did his undergraduate studies at Queen’s University, and then went on to Université Laval in Québec City, where he had an experience of rediscovering his faith while studying for his Masters and PhD in Physics.

As he was finishing his academic path, God led him to discern his vocation to the priesthood, and he entered the Legionaries of Christ as a novice at the age of 30, while in the midst of defending his thesis.  Fr. Timothy sees his path as different from many priests, but a natural progression all the same, quipping, “I used to work with lasers, so I went from working with physical light to working with spiritual light.” On a more reflective note, he adds, “I see a reflection of myself and my vocation in Bartimaeus (Mk 10:46-52). I was living my life as best I could, getting by and somewhat lost. One day, as Christ was passing by, someone said to me ‘Take courage; get up, he is calling you.’ I jumped up and threw aside my worldly trappings. He blessed me with faith and I have been striving to follow him along the way ever since.

After being ordained to the priesthood in Rome in 2006, Fr. Timothy served as vice-rector, and later as rector, at Immaculate Conception Apostolic School in New Hampshire, and at Sacred Heart Apostolic School in Indiana, guiding high-school boys who are discerning their potential vocation to the priesthood while studying. He also served as chaplain for the Consecrated Women of Regnum Christi in Ohio, and as chaplain at Royalmont Academy, a Regnum Christi school, before moving to Houston to be chaplain of the Regnum Christi sections and superior of the Houston Legionary community.

Having served and lived in many of the different missionary arenas that the seminarians in Cheshire will one day work in as priests, Fr. Timothy reflects, “I believe God’s providence helps us to walk along the path he has for us. I believe a lot of the experiences I have had, both good and bad, can, and hopefully will, be able to help me here in my work with forming the young men and guiding the seminary where the Lord is asking us to continue going.  Having entered religious life at 30 years old, and then spending much time working in the apostolic schools, as well as with lay Regnum Christi members and Consecrated Women, the perspective I have gained will be helpful here too.”

His strong academic background is an asset in his new role at the seminary in Cheshire, where all Legionaries of Christ from around the world come to study after finishing their novitiate, because in becoming rector, Fr. Timothy also assumes the role of president of the College of Humanities, which is a state accredited college of Liberal Arts in Connecticut.

As rector, Fr. Timothy believes his most important role is that of being a spiritual father to the brothers, although he notes that the majority of his time is spent “talking with people and making decisions. An analogy might be: the rector is to the seminary what a captain is to a large ship – he’s ultimately responsible for overseeing everyone on board and guiding the ship, but he has many very qualified people helping him and keeping everything working.”  His team of 9 priests helps him serve the 60 or so humanists at the seminary, in addition to the novices who are under the care and direction of Fr. Joseph Brickner, LC, the novice instructor. Fr. Timothy’s team includes Fr. Jon Budke, LC, the vice-rector, whom he describes as his “first mate,” continuing the analogy of the ship, Fr. Miguel Ángel de la Torre, the Academic Dean who oversees the day-to-day academic work of the college, and the Legionary priests called “assistants,” who accompany the brothers in their day-to-day life, Fr. Jon Bender, Fr. Nicholas Sheehy and Fr. Javier Flores.

Humanities is the stage of formation which immediately follows the novitiate, so it is the first step in religious life after the seminarian has made his first vows of poverty, chastity, and obedience. This is the period when a Legionary is called to better understand and grow in his Legionary vocation, as well as complete his first two years of college, receiving an associate degree in liberal arts. Fr. Timothy notes that, “Cheshire is currently the only Legionary College of Humanities in the world, so brothers from all of the different novitiates converge here before then going on to study philosophy in Rome. As such we play a key role in laying certain foundations upon which the seminarians will then go on to build up the edifice of their legionary vocation, and we set an important tone for the whole congregation.” That foundation and tone have been very carefully designed through the renewal and implementation of the Legion’s new Constitutions and the Legionaries’ new Ratio Institutionis, Christus Vita Vestra (the document which details the formation pathway for the Legionaries of Christ).

To Fr. Timothy, some of the more important areas of the order’s renewal pertaining to the formation that the seminary gives include forming the brothers in greater personal interior freedom, helping them grow in their affective maturity, and utilizing the assistance that the psychological sciences can lend as the brothers grow in self-knowledge and learn to integrate different personal situations. “However,” he points out, “the one element that never changes, but is always being renewed, is our personal relationship with Christ and the struggle to keep Him and not ourselves at the center.”

The primary mission of the seminary is the formation and preparation of the seminarians, but it, and each brother, have another mission within the Church. Fr Timothy explains that they are called to be “a stronghold of prayer, turning everything we do into a prayer. We encourage the brothers to see their desk an altar, so even while studying they are offering that as a prayer for the world. Every seminary tries to encourage priestly vocations for the Church, because every priest belongs to the Church.  The seminary should also be a beacon of hope to everyone who encounters it, through the faith and joy it transmits to employees and visitors.”

One way that the brothers are living the mission of sharing their faith and joy is through their monthly newsletter,which offers a window into their lives and experiences as they grow closer to Christ and deepen their formation. This, along with retreats for high-school aged boys and young adults, discernment programs, participation in missions, a Christmas concert, and live-streamed broadcasts of the Mass of Professions are ways that the seminary reaches out to serve and thank those who are praying for them and supporting them, people who may not be in Cheshire but that the priests and brothers view as their close spiritual partners in the mission.

Fr. Timothy fondly expresses his gratitude to those who accompany him spiritually in his new role, “As President-Rector, I thank you for your support and invite you to join us in this exciting task of evangelization. I ask you for your prayers that we might be faithful to our mission and always attentive to what the Lord is asking of us. Know that all the brothers are praying for you, and if you have any special intentions, please send them our way. We would love to get to know you and pray for you.”

To learn more about the Novitiate and College of Humanities, or to make a donation to support the brothers in their formation, please visit their website and follow them on their Facebook page.